A new arrival on the Budapest craft beer scene, First sits at the old Dob 3 site and I have to say the place looks absolutely gorgeous. Clean lines, exposed brick, brightly coloured taps emblazoned with the First logo and a flashing neon sign that simply reads craft beer. First know the look they are going after and they smash it. In fact I’d forgive you for thinking you had just walked into a Brew Dog Bar.

I have been here twice since they opened a couple of weeks back. Once with a good friend of mine and the next time with a girl, I was trying (and failing) to impress. On both occasions the place was completely packed out. It’s quite unusual to find single girls in craft beer bars but there were quite a few scattered around the place. Throw in the families coming in for food, the thirsty tourists and you can see that First has a wide ranging appeal. It’s accessible.

I was quite excited when I saw their tap list. They offer 18 beers on tap. Their own signature beers make up the majority of the selection but you can order everything from Csupor, Brew Your Mind, Mad Scientist, Omnipollo & Brew Dog and not only that, they do a fine selection of wines (or so my wine drinking date informed me) as well as more than a few decent whiskies, vodka, rum and gin.

Then there’s the food. It’s a meat lover’s wet dream. Sadly, I am no longer a meat eater. I gave up the flesh two years back and I’ve never looked back. Well, that’s not strictly true. I miss a good steak and kebab in a polystyrene box but, I digress. First serve up big fuck off burgers that look mouth-wateringly (is that a word?) good. Too bad I can’t get stuck into them but those around me seemed to devour the Angus beef in record time.

Ok now we get to the most important part of any craft beer bar. That’s right, the beer. Now, I will say this in defence of the place—these guys are really bloody passionate about beer. No-one puts in the money and effort to open such a stunning bar if they give two fucks about beer. Why would they? For the profit that such a place will bring you say? Yes, but that does not mean that they don’t care. Because they do. A lot.

It’s just… I can’t believe I am even going to say this. But I have to. That’s what you guys are paying for right? Well, you aren’t actually paying but you get my point. The beer at First. Whisper it. Well the beer isn’t really all that good. That’s not to say they are dishing out poor brews. They are not. It’s early days but they are way, way behind some of the other craft beer joints in this fair city.

And that’s not exactly ideal as the luscious space clearly came at a heavy cost. The beer is very overpriced. Craft brews generally are expensive but First are asking a lot for what until this point is a mediocre product. On my original visit my friend paid 1800 HUF for a Zodiak. Not Ted Cruz but an IPA by Swedish brewers, Omnipollo.

Now, my friend felt safe. He’s had Zodiak before at other places. It has never let him down. On the night in question, he turned to me and said “this tastes like Soproni IPA”. I stared back in disbelief, demanded his glass, took a gulp and confirmed he was right. Now, Soproni IPA isn’t all that bad (you can revoke my beer snob licence now) but you ain’t paying 400 HUF for it never mind 1800 HUF.

My own poison was Bunny Hop by craft beer legends, Csupor. I first encountered this brew at my Irish pal’s wedding two years ago in Zebegeny and we all had an absolute riot. It’s a truly outstanding IPA. On the Tuesday night at First, well the beer was more than a little mediocre. The rabbit had clearly been dry humping all day as there wasn’t much left in the tank by the time I arrived.

I put this experience down to a one-off and thought I’d come back a few days later with a burd (girl) on a so called date. The date was actually pretty fucking good but you guys probably don’t care about that. I will have to get the name of the wine she drank (and I paid for) as she assured me it was terrific. I don’t do wine though. Not really. It makes me think too much of the middle classes and I do my best to avoid them.

I was hopeful that my beer (Mad Scientist, Duke of Budapest) was going to rival the Tory nectar, however I was left disappointed, stunned and utterly hopeless as I took the first sip. It was flat, lifeless and without any real character. Again I’ve drowned in many of Duke’s before so I was careful to select a brew that I shared some history with. I went for the Bunny Hop in the next round but as on my first visit, it didn’t do anything for me.

The last resort was to order up a Noa Pecan Mud. At 4000 HUF for a 0.4, these things don’t come cheap. I, however, love Imperial Stout & I’d never tried this one. At least, I’d never remembered trying one.

This was slightly (not by much) better than the IPA. For 4K, I was expecting fireworks, a marching band and a happy ending. Instead I felt like I’d just gotten a visit from Harvey Scissorhands Weinstein.

The owner(s) of First may never read this piece, or they may be one of the five people who will. If they do then they will probably want to kick my cunt in and I don’t blame them. I’d do the same if I had gone to all the trouble of opening a great spot and having some half arsed writer pish all over it.

Thing is though, I know First will get better. I know when I return the beers will surely be much improved. I know the place will be and is probably already filled with happy customers. I hate people who accentuate the negatives and I think these are merely just teething problems.

I love what they are trying to do. You’ll be hard pressed to find a more alluring craft beer bar in this city or many others. Once they get the beer right, they’ll be sick of the sight of me. 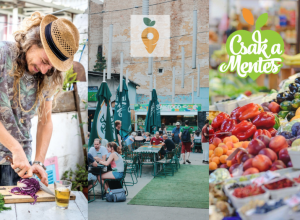