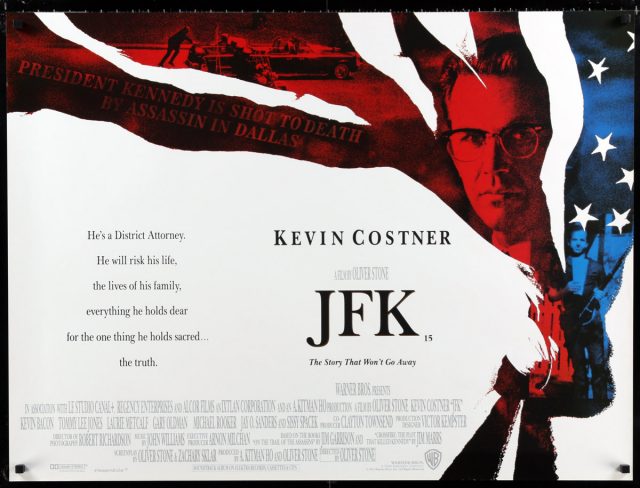 On November 22, 1963 The 35th President of The United States was assassinated in Dallas by a lone nut named Lee Harvey Oswald. Well, that’s the official story.

Since that day in Deli Plaza, thousands of conspiracies abound. The Russians did it. Or The CIA. Or The Umbrella Man. Or The Mafia. Or The Babushka Lady

In 1991, Oliver Stone weaved together a cinematic historical masterpiece that changed the narrative of the case forever. JFK is a tour de force of a movie. It’s 3 hour and 30 mins run time just whizzes by. New Orleans District Attorney, Jim Garrison (Kevin Costner) attempts to solve one of the greatest mysteries of all time. Namely: who killed John Fitzgerald Kennedy and why?

JFK is supposedly a true story. It is. And it isn’t. Most of the tale, Stone tells is completely made up. Cards on the table, I am 99% sure that LHO acted alone (General Walker anyone?). However, I love this film. The Mr. X scene alone is worth the admission price. Does it matter that the real Mr. X, L Fletcher Prouty is a complete fraud and the basis of his exhilarating monologue, The Report from Iron Mountain is a hoax? Not for me.

Stone’s movie is a great piece of storytelling. Watch it and then go read what (probably) really happened.

JFK will be screened at Bem Mozi on January 17th. The show begins at 20pm.

The real Jim Garrison plays Chief Justice Earl Warren in the film. The Warren Report and its contents are still hotly debated even to this day. 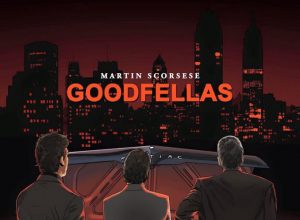