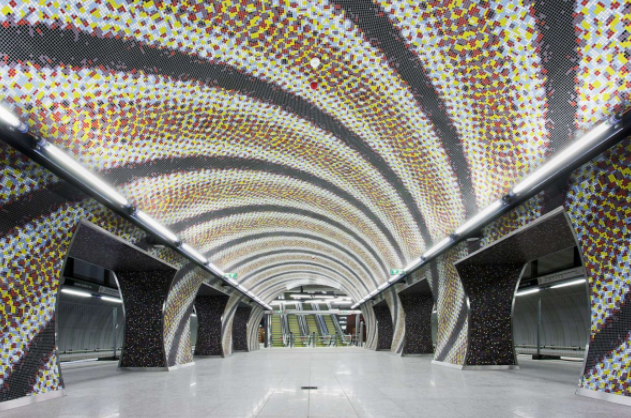 The metro system in Budapest is a dream. In fact public transport in Budapest in general is a dream. When you find yourself tutting in exasperation because the next train or bus is coming in six minutes rather than in two, then you realise you’ve got it good. Or at least you will once you visit other cities where buses run once every half hour and have no connection to where you want to go. Say what you want about Socialist governments, they understood the importance of quick and easy public transport to ferry the working masses from A to B as efficiently as possible. As a result, Budapest has been left with a stonking public transport network making travel around the city an absolute breeze.

The city’s metro network however is so much more than a transport line. It’s an experience in itself. The oldest metro on the continent and second in Europe after London, the city’s four lines and fifty-two stations are a fabulous mixture of the old and the new. A fusion of history with a unique ambience that will have you quickly understanding why it is in high demand by photographers and filmmakers as a backdrop for their work.

The metro is overseen by the Budapesti Közlekedési Vállalat which officials shorten to BKV and the travelling public shorten to ‘Kurva BKV’. An attempt to rebrand the BKV as the BKK a few years ago was given short shrift by locals, who stuck by the official ‘Kurva BKV’ nomenclature. Recent years have seen a huge injection of cash by the government to modernise lines and some of stations, as well as introducing radical concepts such as bi-lingual signage, customer service hubs and multi-lingual ticket machines with contactless payment.

As a result the metro system is now a fantastic eclectic mix of old and new. A ride on the metro can see you sitting on a Soviet era tin clunker, clattering through stations that last saw a paintbrush when Khrushchev was still calling the shots, before switching lines and boarding a shiny ultra-modern driverless train that whisks you through the psychedelic mindfuck that is Budapest’s Metro 4 with its incredible concrete glass and colourful mosaics playing all sorts of games with your senses. Train carriages sport “Made in the USSR” on the outside and adverts for the iPhone X on the inside while graffiti bigging up (or slagging off) the city’s big two football teams, fights for cluttered attention on the walls, doors and notices of the train cars.

The lines and trains themselves are only part of Budapest’s metro community. Almost all stations have their own little communities underground as well, from small kiosks selling coffees, key cutting services, or pizza slices, to the sprawling Nyugati underground which sports everything from pubs to knock-off clothes, to sex shops to “fell off the back of a lorry mate” mobile phones. As a result mini communities of non-commuters flourish around most of the main stations with a wonderful co-existence occurring. Religious missionaries stand on their soapboxes, attempting to convert the crowds by megaphone, while prostitutes strut past them looking for punters and buskers add to the atmosphere with a variety of much often aided in vocals by members of the homeless community who use the underground system as a welcome break from the streets, particularly in the winter months.

One downside is that Budapest continues to stick to the system of using gangs of ticket checkers or ellenőrok to ensure passengers travel with a ticket. Much chatter of automated gate entry has remained just that. And so the controllers remain, patrolling the network in their purple armbands like it’s their own personal fiefdom. The logic here is nonsense. Kurva BKV state that if only everyone bought a ticket then things would be fine. But rather than putting controllers at all the entrances, thus ensuring no one can enter without a ticket, (K)BKV allow passengers to gamble on entering the system ticketless and then bank on catching you in the act and slapping you with a hefty fine. What this shows is that the financial model is less concerned with selling tickets for 350 HUF when they can catch you in the system and make 8000 HUF from a fine. Sadly for Budapest’s reputation these gangs deliberately target anyone who looks like a tourist in the knowledge there is a high chance they have bought the wrong ticket. Thus a daily game of cat and mouse plays out in the metro system, with travellers opting to play the odds and controllers lumbering around trying to find them. The bad news about these guys is that they have the social graces and manners marginally above the amoeba and communication skills marginally below. You don’t want to run into them, it’s an all-round unpleasant experience.

The good news, is that for all their bluster and intimidation, they actually possess no legal rights and so cannot detail you on the spot, request your ID or really do anything else to force you to cough up the cash other than threaten to call the police, who frankly have much more to be concerned with in the city than someone who’s trying to blag it from Nyugati to Kálvin without a ticket. Best advice is to simply politely excuse your way past them and if they place a hand on you, kick up holy hell. They’re breaking the law by trying to physically hold you back and they are fully aware of that. One caveat I’d add to that though is that since these goons know they are essentially powerless, they often hang around with their pals the “Közterület-felügyelet” or “City Police” as they tend to introduce themselves in English. These guys look like cops at first glance and will often try to give them impression they are. But on closer inspection you will see that they are unarmed and are limited in their powers. They can however request you to hand over your ID and to remain on the spot while the real police (in theory) arrive. So if the argument gets to the stage where the controllers call these guys over for back up, I’d bite the bullet and pay the fine. It’s just not worth the hassle otherwise.

Even this though adds to the experience in its own way. It’s part of metro life in Budapest’s community under the community, a sprawling experience of the city’s history and people from all walks of life. One old travel adage says that if you want a good introduction to a city in 30 minutes, read the day’s local paper or jump into a local pub for a beer. For Budapest it’s safe to say a 30 minute ride on the metro would join that list as a pretty good starting point. 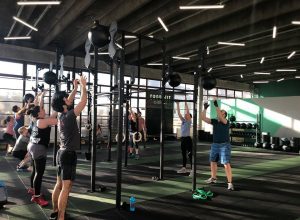