As long as Bem Mozi keeps screening must see movies, we at Budapest Pulse will keep talking about them. Next up tonight for the city’s best cinema is, Martin Scorsese’s seminal Mean Streets.

Mean Streets marked the first time, Marty ever worked with the soon to be legendary Robert De Niro but the main character in this mob drama is, Charlie (the outstanding, Harvey Keitel).

Charlie, is a petty criminal whose association with the hot-headed Johnny boy (De Niro) and affair with Johnny’s cousin, Teresa (Amy Robinson) threatens to destroy his ascent through the little Italy mafia.

Mean Streets was a real breakthrough for both Scorsese & De Niro. These two titans of cinema have collaborated a further nine times. Incidentally their tenth collaboration is the eagerly anticipated, The Irishman. Based on the exploits of Frank Sheeran, The Irishman will be released next year.

As for their first outing together, the chance to see Mean Streets on the big screen is to good to pass up. See you all there.

David Proval plays Tony a member of Charlie’s small-time crew. Proval, starred as the unforgettable, Richie “it’s the jacket” Aprile in season two of The Sopranos.

As always tickets are 1k. 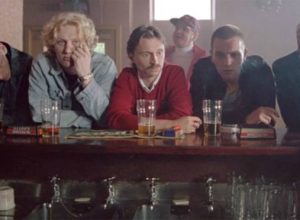