It’s easy to get, Serpico (the film I am going to talk about) and Dog Day Afternoon (where the Attica quote is from) mixed up.

Both were directed by Sidney Lumet.

Both are set in New York.

Both are based on real life cases.

Both films were released in the seventies (a year apart no less).

That’s probably where the similarity ends.  At least in terms of story.

Dog Day is about a naïve criminal who robs a bank in order to fund his lovers sex change operation.

Serpico follows, it’s title character Frank as he takes on corruption in the big apple police force. The film opens with our hero being rushed to hospital after being shot in the face. What unfolds from there is an intricate, American neo-noir that will grip you for it’s 130 mins plus running time.

The 70s was the golden age of Hollywood & movies like Serpico prove it.

Watch out for a cameo from Marty McFly’s headteacher, Gerald Strictland (James Tolkan). Not only was Strictman on the lookout for truant pupils at Hill Valley High, you could also find him stalking the men’s bathrooms at police headquarters in the vain hope of catching Serpico performing a sexual act on a fellow officer.

Serpico will be screened at Bem Mozi this Friday.

The feature starts at 18pm. Which is a pretty weird time to show a movie. I recommend pulling a sickie that day. It will be worth it. 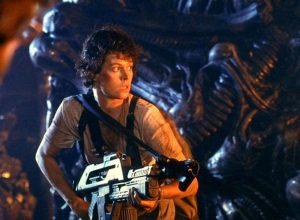