Everyone remembers when Tonya Harding beat the crap out of Nancy Kerrigan’s knee in the run up to the 1994 Lillehammer Olympics. Well maybe not everyone. I don’t.

Also. It didn’t exactly happen like that. I, Tonya does a great job of giving Harding’s side of the story.

Tonya (Margot Robbie), is a brash but hugely talented figure skater who is literally thrown onto the ice by her overbearing and abusive mother, LaVona Golding (Allison Janney) at the tender age of four.

Or does it? Those closest to Tonya, threaten to destroy her career (and her life) before it can really take off.

LaVona rivals, Joan Crawford in the parenting department. She routinely beats, humiliates and belittles her daughter. Sometimes in public. Sometimes at home. In-between beatings, Lavona drinks from a flask filled with brandy. In the AM.

Our heroine attempts to escape her mother’s clutches by marrying the warm hearted, Jeff (Sebastian Stan). Turns out he is also a controlling creep who smacks, Tonya around whenever he feels like it.

Despite the horrific domestic abuse, the film does not let its titular character off the hook so easily. Tonya, is clearly a deeply flawed person who makes wrong decision after wrong decision. Clearly maiming (or attempting to), Kerrigan was the worst call of the lot.

Like Tonya, director Craig Gillespie also makes some poor errors of judgement. Having his lead characters break the fourth wall by talking to the audience is a bold move. However that stylistic choice doesn’t really work for me.

The brilliant, Bobby Cannavale is underused.

In saying that there are more good things in I, Tonya than bad.

Robbie is exceptional. As well as starring, she also produced.

Janey, manages to humanize a bespectacled monster and Paul Walter Hauser steals the show as the Walter Mitty lite, Shawn Eckhardt. You will almost believe that he worked for the CIA. Almost.

Allison Janey, could have been an Olympic figure skate. Her career ended at the tender age of 17. She walked into a glass door and almost lost a leg. She turned to acting instead. And that was that.

I, Tonya is out now at selected cinemas in Budapest. 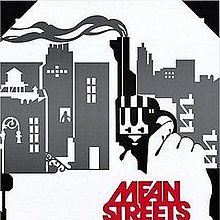