If I sang ‘And I don’t want the world to see me…’, your teenage self could probably get to the end of the song without skipping a beat, and you’d swear that the song was written by someone who just like, gets you, man. And The Goo Goo Dolls were catapulted to fame with that one song, so much so that your grandma probably hums along when they’re on Radio 2. In fact, Iris made #1 in Billboard’s chart of the best pop songs between 1992 and 2012—a pretty big accolade given their roots.

Their less radio-friendly former name Sex Maggots had to be dropped when a promoter refused to put their name on the outside of a club, and so they picked The Goo Goo Dolls out of a magazine with just a few hours to spare. Over the years, their sound has changed radically. Their early efforts were punky and thrashy, and indeed their first album was released by a heavy metal label. However, they matured, made their peace with the establishment, and started churning out some great alt rock.

Their more recent stuff has been a bit hit and miss (mostly miss), so we’re hoping that The Goo Goo Dolls play a set packed with their old classics, as well as a few of their more recent experiments.

Learn the words to: Iris. Although, if you don’t already know the words, they’re probably not the kind of band for you.
Sound cool by saying: No-one ever talks about the four albums before A Boy Named Goo. 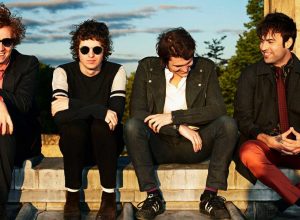