I marched through Pulse Palace with my head held high after my last tipple was Soproni’s IPA, but there’s only so many times you can be sniffed at before you want to re-establish your credentials.

So this week, I’m reviewing Horizont’s Cold Brew Coffee IPA. A great craft brewery based in Budapest, no-one can accuse me of being too mainstream by picking a Horizont brew, but I’ve doubled down with the IPA, and gone all-in hipster by stirring cold brew coffee into the mix. Which ironically is exactly what Horizont did when they made this bottle of happiness.

#4 in their ‘Pilot’ series, Horizont’s experiment with mixing two of my favourite tastes works beautifully. Horizont have used coffee in two different places to impart a strong coffee flavour—green coffee beans lend an additional depth to the cold brew added later. In fact, the cold brew that Horizont have used to flavour this IPA is from the Blue Bird Roastery, as favoured by Madal, one of our favourite coffee shops.

Horizont do well with their IPAs in general, so it’s no surprise that the hoppy flavours come through clearly and deliberately, but the coffee twist turns an otherwise robust and competent IPA into a creative masterpiece.

Unfortunately, the ‘pilot’ series tend to be short runs, so get it while you can! 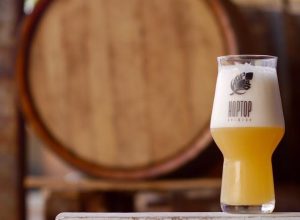