I don’t mean that.

They don’t have to.

Suck my was the first time I’d heard of these guys.

A few years back Mark Kozelek the artistic genius behind Red House Painters & Sun Kil Moon was embroiled in a high-profile dispute with the heroes of this piece.

Being the unapologetic arsehole that he is, Kozelek accused The War on Drugs of ruining his set at a festival.

Two remarkable things came out of that day.

Second. This here writer got to discover TWOD.

At an 2007 gig Kozelek accused me of recording his set on my crappy Nokia mobile phone. iPhones weren’t a thing in those days.

I wasn’t recording. My phone didn’t have even have a camera.

Not that any of this makes me hip. Just old.

This article is to give us the lowdown on his arch nemesis.

Lead by Adam Granduciel, if you’re trying to conjure up the TWOD’s sound. Think. A cross between a hip Bryan Adams, a twisted Bruce Springsteen & Nick Cave and you’re just about there.

I was three albums too late when I jumped on TWOD train.

They dropped Lost in A Dream in 2014 and it turned them into overnight rock music superstars. Well 5 million views on YouTube stars.

They are easily one of the most creative mainstreams band going in today’s music industry.

We’d all look a little silly if we were to miss them at this years Sziget.

Learn the words to: Strangest Thing

Sound cool by saying: “One of the original founding TWOD members was the super cool Kurt Vile”. 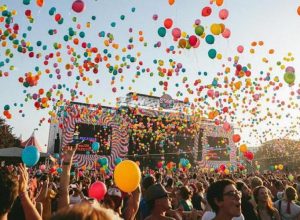