We arrive at the wrestling arena five minutes before the main event. The bus journey from Bolton was filled with talk of a fellow in Germany who seems to have designs on expansion. ‘’I read in The Mail that this Hitler has no plans to challenge Britain’s colonial dominance’’ one elderly man quipped. ‘’He seems to be a man of peace and purpose’’ enjoined the bus driver, momentarily taking his hands off the wheel.  Indeed, a man of purpose.

Such men are pretty thin on the ground in the dancehalls of our dreary town. My mother had often lamented over my failure to marry but I told her that I was not prepared to join the pack of hyenas that devour unsuspecting men in the gloom. Of course, she didn’t know about Bob.

Bob ‘The Seagull’ Mahon is in the ring as I take my seat. He is the district wrestling Champion and we have been lovers for some-time now despite of the age gap. Bob is in his 50’s and his love of brown ale has expanded his gut accordingly. I was drawn to wrestling after seeing a poster of Bob from 1910.

Bob was so handsome in that poster and his figure had yet to be compromised. He had boasted that he had witnessed Tommy Burns being felled by that ‘big American darkie’ in Sydney in 1908. Bob claimed that his wrestling had taken him to Australia in the early 1900’s. He was vague on the specifics but he knew everything about the Burns and Johnson fight. He spoke of the local constabulary stopping the fight as Burns lay on the ropes. When I first met Bob in a small pub, he told me that ‘The darkie moved like a panther. He was so quick and powerful and was more like an animal than a man’. Bob had recounted this story in every alehouse in Bolton.

Bob wore a ridiculous blue spandex outfit in his fights. There was meant to be a seagull embroidered on the back but it looked more like a decapitated chicken. Bob’s opponent is a strapping young lad with olive skin and a maze of jet black hair. His tight outfit hugged his figure and made the sight of Bob’s belly all the more pitiful.

By round three, Bob’s face was like a mask with two small fading holes. Bob could barely stand as the younger man continued to pummel him. A sickening right hand sent Bob motionless to the canvas. The crowd let out a cry of anguish. As Bob lay flat on his back, I surmised that he would no longer be ‘regaling’ the patrons of Bolton’s alehouses with his stories of Australia and the ‘American darkie’. 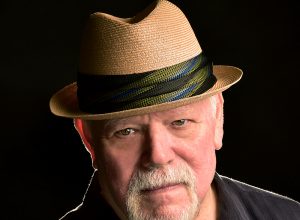