Another super cool new addition to the ongoing regeneration of the eighth district, Typo can be whatever you want it to be.

Or a Hipster purlieu.

I visited when Typo was doubling as a Kabat store. I tried on many a cool coat and I almost parted with my cash for a bright red Canada Goose jacket.

During my visit there was a ginger bearded deejay hiding in the corner as he reached for the most obscure music in his collection in a vain effort to woo the masses.

His deejay booth was constructed out of bright yellow club mate crates. That is not a joke.

Despite this, I was down with the whole vibe.

The high ceilings & clean spaces reminds this writer of a New York loft. It’s a unique joint that drags you in.

The drink fare is small but tantalizing.

The only surprise is we can’t get our hands on a craft beer.

There are some cracking paintings by local artists adorning the glass walls.

As the summer approaches, seats on their compact, sleek terrace are highly sought after.

Situated in the same block as the infamous Corvin Club, Typo is probably the hippest place you will find in all of Budapest. 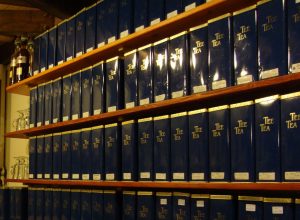