Perhaps the biggest group to play this years Sziget, The Arctic Monkeys will be on Budapest soil to deliver their legendary live act to a packed crowd on August 14th.

The album is already divisive.

It is on my Apple music raring to go.

I was still a bleary eyed, tremulous student when these boys first made it big.

You couldn’t go anywhere without hearing the sounds of the Sheffield four-piece blasting out of car radios, kebab shops and undergrads headphones.

The band were quite frankly ubiquitous.

In many ways they still are.

Now. There’s something you’ve got to understand.

I am not all that into The Arctic Monkeys.

Don’t get me wrong.

I enjoy the odd exquiste tune that the band drops.

They are clearly quite an adroit group.

Over a decade at the top of the music business proves that.

And this may be a slightly controversial statement.

The Monkeys have never struck me as an essential indie band.

Turner does churn out great indie rock hits that the masses (for the most part) can easily consume.

Only a unique talent is capable of reinventing himself over & over again whilst keeping everyone fascinated enough to go along for the ride.

Maybe I am missing out by not jumping on the bandwagon.

I am sure they are utterly devastated that I haven’t already.

As for the live show?

What can we expect?

It will be mesmerizing.

Pulse will tag along if you’ll have us.

Sound cool by saying: ” Alex thinks I bet You Look Good on the Dancefloor is shit” 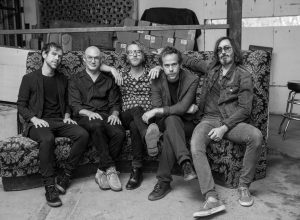