I promised myself that I would get back to these Netflix reviews as soon as the chance presented itself.

I never imagined I would be moved to write an article after viewing such a harrowing piece of film making.

After sitting down to watch November 13: Attack On Paris last night, I felt compelled to write about it.

Focusing on the notorious terrorist attacks on one fateful Friday night in 2015, Gedeon & Jules Nadet’s documentary is riveting, terrifying & vital.

130 people lost their lives in six coordinated attacks at different locations across the French capital.

Forty survivors appear in the documentary.

The Naudet’s allow all forty the time to articulate their stories in their own words.

What we are left with is an incredible detailed history of how the night unfolded.

Not all of those involved come out in a particular favorable light however you never feel anything but the up most sympathy for those who are faced with unspeakable horror.

In a film filled with them, the most heartbreaking moment for me was when The Eagles of Death Metal returned to play Paris a few months after the atrocities.

In that second all the pain, all the terror of November 13th is encapsulated.

Those who made it through The Bataclan attack are somewhere in the illuminated audience.

Clasps his hands together.

He can barely speak.

November 13: Attack on Paris is available on Netflix now. 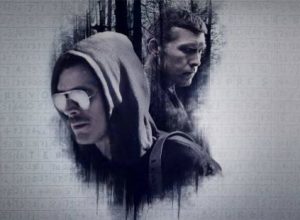