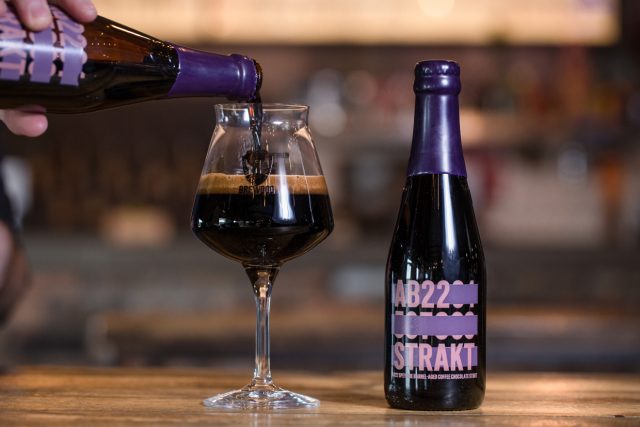 I did warn you, I’d be back with a Brewdog tipple.

Pulse waxed lyrical over Nanny State a few months back.

That non-alcoholic IPA although fantastic in its own right could not be any more different than what we have in store for you now.

To spare you anymore suspense.

This week’s tipple is Abstrakt AB: 22.

Abstrakt is a one-off release by The Ellon lads.

These guys are the best in the business.

Now as this writer is Scottish that makes me a wee bit biased but how many breweries out there consistently produce such high quality beers?

We can argue for hours about whether Brewdog are craft or not but without them artisan malts would never have gone mainstream.

We’d all still be on watered down fizzy lager that tastes of nothing but an impending headache if Punk IPA never staged a very timely & important intervention.

At least in the UK.

That can’t be disputed.

They’ve been corporate cunts from time to time.

Nothing else epitomizes craft.

In a long line of unforgettable brews, Abstrakt is yet another masterpiece.

This tipple is intense.

You’ll be met by remarkable flavors.

Everyone must try this beer at least once.

Last I heard, Hopaholic had a few bottles stashed away.

Such glorious wonders won’t be around forever.