Our Coverage continues with Group D.

Leopold Lovrić, a Croatian center back gives Pulse the low down.

After the Euro 1996 in England, Croatia’s first international tournament, we made it for the first time to the World Cup at France 1998.

We had a tough group with Jamaica, Japan and Argentina.

It seemed to be manageable to go through, but everybody in Croatia were happy to even be on the Mundial.

Howeve a team with Boban, Suker, Prosinecki, Bilic had the capability and strength for the highest finish; they ended up beating Netherlands on the game for the bronze.

What can we expect from Croatia?

In the last Euros in France, Croatia presented nice and exciting football losing only against final Champions Portugal in a match filled with drama.

Our current team with Modric, Rakitic, Kovacic, Mandzukic, Perisic and Lovren reminds lot of people on the Bronze generation, so the expectations are high.

Obviously our first and only goal is to go through the Group stage.

Afterwards as everyone always says anything can happen.

How will the group pan out?

Group D with Nigeria, Iceland, Croatia and Argentina is really hard one.

Everybody is looking at Messi’s Argentina – it is his last chance to step up from Maradona’s shadow and silence all his critics for not winning World Cup with the national team.

There will be a proper war for getting the second place in the Group.

Probably Croatia has highest chance but Iceland and Nigeria have shown some envious levels of football.

Who will win the World Cup? 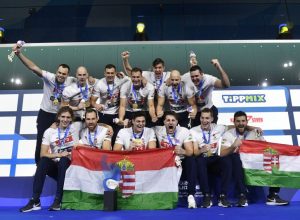