The first World Cup I remember was France 98.

I remember we were watching the match at school and everyone was crazy about it.

Probably the match I remember the most was the 3d in the group against the Netherlands with an epic tie.

We qualified after beating South Korea and a tie against Belgium, then we lost against Germany in the round of 16.

What can we expect from Mexico?

Mexico topped both of their qualifying groups but there are still some doubts over the team.

This seems to be the case every four years.

There is a heated debate going on in Mexico regarding Osorio (the coach) and whether the players have what it takes to be in the first squad or they are there based on their sponsors.

Mexico will arrive to this World Cup with one mission and it is to advance to the quarter finals.

If a favorable combination of points is kind to us, we might just end a streak of six consecutive round-of-16 exits.

Our squad experience and consistency.

Most of our players have a fair amount of experience playing in European Leagues as well as Europa League & Champions League.

Also we are experienced in World Cups reaching last 16 in the last 6 World Cups.

Our star players are Hirving “Chucky” Lozano a young winger currently at PSV surely a Premier League candidate after the World Cup.

Andres Guardado with 138 caps is hugely influential and Javier Hernandez although he did not have a dream season with West Ham is the all-time top scorer in the Mexican squad.

Who are the key players in the other group F sides?

If Germany can leave Leroy Sane out of the 23 final squad tells you about their level.

They have two “A” teams. It’s unbelievable.

Draxler or maybe Muller or Reus?

It is the most complete squad of the tournament without a doubt player by player.

Many people think Sweden without Zlatan is rubbish, but they made their way to the Cup by beating Italy. They have a solid defense with Lindelof and Olsson also Forsber in the midfield.

And from South Korea my Tottenham boy Son Heung-Min, he has a great positional sense and excellent pace.

South Korea will be under pressure a lot and he is the perfect player for the counter attack. He is fast and has good definition as well.

While everybody will be looking at Messi and Ronaldo I reckon Griezzmann has a great chance to shine on this World Cup helped of course by Mbappe, Dembele, Lemar and Pogba, such a young but competitive squad, it’s unreal.

I’m not allowed to bet but I would go for France.

What annoys you most about The World Cup?

The corruption in some fixtures is annoying to see. 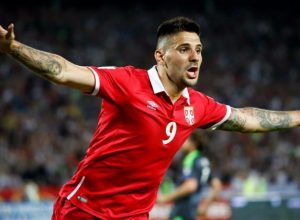