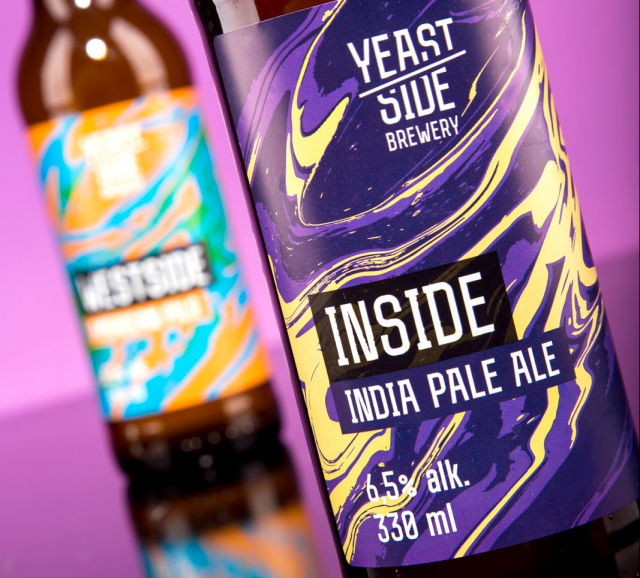 Yeast Side Brewery as it is today was born last year, but they’re no strangers to the business: they’ve been around Jászapáti since 1993 as Lados Sörfőzde. The design theme for the Yeast Side’s beers is consistent but distinctive, bright, bold, pop-art colours with a swirling pattern which calls to mind the brewing process itself.

All of their beers have a quirky name ending in ‘side’. Some of these are quite well conceived: their IPA is Inside, their American pilsner is Westside, but some are a bit contrived, like their grapefruit IPA called Fruitside.

But what’s in a name? As Shakespeare’s Juliet rightly pointed out, ‘That which we call Yeast Side Inside, By any other word would taste as bitter’, and indeed it is a bitter beer.

This was the bitterest IPA I’ve tasted, and yet it manages to squeeze a rollercoaster of flavour into each sip.

The first hit is a slight bitterness, but it ramps up quickly to an aggressive and upfront maltiness. Just when you start to feel like maybe the bitterness is too much, it fades away quickly and plummets down into a series of gentle twists, some more citrusy, some more hoppy flavour, before ending with a a quick flick of bitterness again to finish it off.

If Soproni IPA is the U2 of India Pale Ales in Hungary, Yeast Side’s Inside is a garage punk band. Sure, it lacks a bit of class and sophistication, but it’s loud and damn, is it fun to drink. 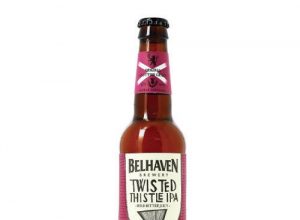