“Bloody newcomers, why can’t they spell mangoes?”, I hear you muttering to yourself. And I sympathise. I do. Hell, I used to be a teacher, it makes me want to get my red pen and start crossing things out.

But my years have mellowed me. I no longer become incensed when I spot a spelling mistake, or a grammatical error. I don’t mind so much when I see that someone’s decided to carelessly split an infinitive, or when there`s a backtick instead of an apostrophe – or my pet peeve, when someone uses a hyphen instead of an em dash.

And sometimes, it rewards me. Instead of skipping over a beer with an unprofessionally spelled name, I decided to let it slide. And I’m glad I did.

Hoptop are relatively new on the scene, established in 2015, and were already winning awards in 2016. Mangose is far from their first foray into fruity beers, their Tropical Swinger Club is apparently made from twelve different flavours.

Mangose is an eminently drinkable, light beer. The salty-sour character of the lacto shines holds solid throughout. The mango flavour develops from a citrus-y accent to a more rounded, peachy sweetness the deeper you get into the glass.

Oh, and that spelling? It was right after all.

Debuted for the 2018 festival season, you should be able to find Mangose in the shops from this week. 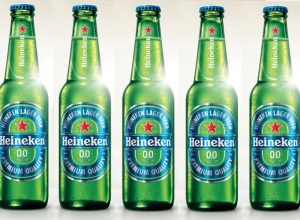