Like the genocidal maniac Christopher Columbus ”discovered” America by accident, this writer hadn’t exactly planned to hit up Valyo Kikötő.

After devouring an overpriced Langos with my girlfriend at Kopaszi gát, I looked over the river only to be startled by some young folks seemingly having too much of a good time.

This was a great opportunity to explore a side of the city, I would rarely be found in.

We hotfooted it across Rákóczi hid (that red bridge in the distance you never use).

Dived over the Hev tracks & found an Arcadian scene.

Well, that’s if you blank out the dance beats coming from the deejay booth.

Grabbing, a drink we waited until one of those giant chairs (you can just about see it in the feature photo) became available.

We sat down & played with a friable dog.

He was sadly not long for this world.

We laughed though as we watched the suckers on the wrong side of the water.

On my first day here, they were was holding an Robert Capa exhibition in some abandoned storage containers.

The weather prevented me staying inside them for more than a scorching five minutes.

As it turns out the site sat empty for years before The Valyo team took over & transformed the space.

This riverside joint was about a month old at this stage

Only locals & a couple of hung over tourists were in attendance.

Going by my Facebook feed, the secret is out.

The hipsters are here in their thousands & they ain’t going anywhere.

You know what though?

I can live with that.

Valyo is a savage space.

Worth a couple of dozen visits.

I’m always in a ruminative mood when I get to this spot.

So, come down by the water.

Order up a beer.

Wait for your turn on the big wooden chair.

There are places you gotta go & see in Budapest.

Valyo is one of them. 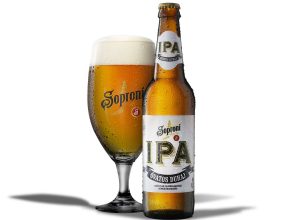