After almost ten years of following them, I was sure damn excited to see Japandroids live tonight in Budapest at the imperious A38.

Never getting the chance to catch up with The Vancouver indie rockers was always one of my biggest gigging regrets.

I got off to a hell of a start.

Up on deck chewing the fat with my American pal, guess who wanders by looking lost & confused?

So, if you don’t know who Japandroids are you won’t give a fuck.

But he is the lead singer of the band.

I leapt from my seat.

Gave him a high five & directed him below to the stage he’d been hoping to find.

Finishing off our drinks, we headed downstairs.

Shortly after, Japandroids came on stage.

The audience was starting to fill out.

By no means was it a full house but not bad. For a school night.

Brian & the droid’s drummer David Prowse punched the air in anticipation of the show.

Smashing into a breathless start with Near to The Wild Heart of Life, King bellows out ‘’Give em hell for us’’.

And the gaping controlled chaos that follows revealed a flawless duo very much in charge.

Prowse batters away at his drum kit. Energising not just King but the exuberant crowd.

A restless presence, King patrols the stage with an poised swagger. His vocals crackle, as he screams into the mic. His guitar distorted in an exquisite cacophony. He plays his way through countless raw solos.

The crowd erupts as those distinct strings of Fire’s Highway are first heard.

A mini mosh pit breaks out however as Prowse says, it’s all incredibly friendly.

The manic, Heart Sweats follows & for me it is the pinnacle of the night.

Post-Nothing introduced Japandroids to the World & they play it’s tracks with bombastic relish.

Young Hearts Spark Fire, see’s the groups engineer diving off the stage into the audience. He sticks around for a short time before downing a shot & returning to his duties.

That sums up the frantic spontenus nature of these Canadian boys  concerts.

The band have released three albums. Each of those LPs contain eight tracks.

They barely stopped this evening.

Songs bleed seamlessly into one & other.

There is no encore here.

We are never given a chance to relax.

The anthemtic North East South West gets the whole crowd chanting along.

Of course it all ends with The House That Heaven Built.

‘’When they love you & they will’’. Brian could be singing about Japandroids.

A band that more than deserves your devotion.

You won’t believe two men can make so much noise.

As always @ Pulse we appreciate you reading our articles. If you’ve got a spare minute please like us on Facebook. 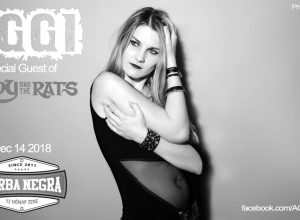