Pulse is help you navigate the craft brew scene.

Our original idea was to go over five bars but there are so, so many great craft spots in the city that we thought we’d throw in a couple extra.

So, without further ado.

Here are five smashing places to sip on a craft brew in Budapest.

My new local & a joint I’ve frequented for years, Élesztő is the mecca of BP craft. Originally beginning life as a glass factory, the locale went through many incarnations before becoming Budapest’s first proper artistan beer bar.  Not only that. Fancy some tea & cake? No problem. They have their own café. Grape drinkers are indulged too, downstairs in their wine bar.  Back up top where this writer mostly resides, a massive garden awaits. With 22 taps serving fantastic local & international hops this is a must see on any craft beer pilgrimage. If you want to find out more about Yeast then check out our interview with their owner, Bart Daniel here.

There are few reasons to visit, Szimpla these days. On my arrival in the capital over a decade ago, you couldn’t hear a foreign voice within this establishment’s fair brick walls. Now. Once you’re on Kazinczy & fought your way through various proposals to buy drugs, you’ll be met with a line filled with drunken/hungover (delete as appropriate) tourists pouring out of the entrance. Night of the living dead will spring to mind. So, why enter this pub that’s overrun with wasted zombies? For me, there are two reasons. Got a friend visiting? Then by all means show them Budapest’s original ruin pub.  The real excuse to go inside though is Labor. Situated on the first floor, Labor is a run by Hungarian’s most innovative & impish brewery Mad Scientist. Order up a cookie monster, mango bay, Freaky Freaky, Timbersexual or a Jam 72.  Doesn’t matter. Pretty much every Mad Scientist tipple will blow you away. Get in. Get pissed. Get out. See? Easy.

I’ve not been to Hop in months. Not because of anything they’ve did. I’ve just been off the skag since New Years eve. I am sure you are all sick of reading about that. Apologizes. Back to it. Hop is & will always remain my favourite spot in the entire city. Hell. Probably it’s the best bar I’ve ever been in. Hop came into my life one sunny May afternoon. Cruising down the street in my six fo, something caught my eye. I stepped inside & for the following eighteen months I rarely left. Hop is consistent. Ten taps. Usually serving IPA’s. And that suits me fine. A fridge filled with fine craft bottles will be forever tempting. I tried my first ever Even More Jesus here. The bar staff know their stuff & they always look after regulars. Lads. I will be back soon.

Pulse wrote about this place in early February. What we said then is worth repeating. Polyhistor stands out by doing nothing. Well not exactly nothing but this ain’t your typical craft brew spot. They ain’t flashy. It is all about the beer. And’s that the way it should be. The average hipster would be mortified by the understated decor, Kocsma like locale. There is a distinct lack of coolness in this place. Doesn’t mean the hipsters won’t still go. Polyhistor’s board of beer selection changes almost every day. Hungarian craft sits alongside brew superstars like Mikkeller & Evil Twin. Just what the city ordered.

Well everyone knows that Edison robbed Tesla. What this bar presupposes is, maybe he didn’t. A crate of craft brew for the first lucky reader to decipher that bastardation of a movie quote. In the meantime. Let’s get back to the list shall we? This pocket-sized pub sprung up as if by magic around a year or so back. A spot that sells ales as well as offering tattoos may not seem like the safest place to drink. Just. Keep your head about you & get stuck into the twelve beers on tap. Edison sticks to the best brews that Hungarian craft has to offer. In fact a lot of these breweries will launch their new creations on an unsuspecting public at this very place. Get there early. Edison gets pretty full. Pretty fast.

This bar won’t be on your doorstep. Unless you live in district three. I know of no one who lives in district three. Found out by Romai-Part, Kupak is another joint that puts their faith in Hungarian breweries. It’s an authentic joint to be visited in the summer months. Romai-part is known for it’s traditional Magyar food & drink bars so Kupak is a welcome change. The journey may kill you but with Monyo, Hoptop, Rothbeer & many more on tap you can’t go wrong.

Let’s get this out the way. Léhűtő of 2015 was the fucking greatest craft beer bar in all of Hungary. Since then? Well. Something went very wrong.  Undoubtely their rents are through the roof but they could no longer justify the extortionate prices they charged. Their beer menu went South at least two years ago. I’ve stayed away for a long time. Then I heard that the Csupor boys would be doing a three month tap takeover @ my old favorite, Lehuato. I was all in. Csupor has been without a home ever since their bar at Dessewffy shut down. They’ve been a big loss. Make the most of the next twelve weeks. I know, I will.

● Pulse checked out live beer menus for all the venues on Untappd. All our recommendations are up to date. As of yesterday. Or something. 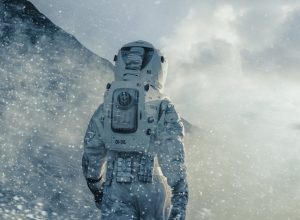