I’d heard a lot of great things about Calibre, a new release from Netflix.

Director Matt Palmer wrote the first draft of this film almost a decade ago.

Ever since he has kept himself busy by churning out award winning shorts such as The Gasman & The Island.

So, was the ten years wait worth it?

If you’re a fan of Deliverance, Straw Dogs, Under Tow or Southern Comfort you will be treading all too familiar territory.

The two yuppies in this case are Vaughn (Jack Lowden) & his cocksure Irish pal Marcus (my namesake, Martin McCann).

The beautiful but baleful Scottish Highlands.

Can, Palmer bring something new to the party?

We first meet Vaughn in bed with his young pregnant wife.

The audience finds out very quickly that Vaughn and Marcus’s friendship is on the way out.

Vaughn feels compelled to indulge Marcus in one last adventure before the baby arrives.

The two lads take off for the country on a hunting trip.

A very drunken night at a local bar precedes the hunt.

What that is would spoil the entire film for anyone reading this.

I’ll still leave it below the review.

Just to be a smartarse.

The locals lead by the sagacious, Logan (Tony Curran) are in many ways more civilized than their supposedly social superiors.

A tearful, Vaughn may have our sympathies but Marcus is mendacious and does very little to get us on his side.

Secondly the performances, writing, direction, cinematography & acting are all outstanding.

Finally. There is no pig squealing.

Perhaps were the film falls short is in the main characters decision making.

After the earlier vicissitude befalls our hapless duo, you’ve got to believe their actions.

If you do not then this pic will be a hard slog.

If you do, then you’re in for one hell of a film.

It is just a few clicks away.

Give it a shot (no pun intended).

Check out the trailer below.

Don’t say I didnae warn you. 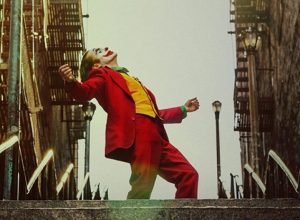