Let’s get a couple things out of the way.

When it comes to comedy for me nothing is off limits.

Be that slavery, religion, politics or police brutality.

Which stood me in good stead when I sat down for Jim Jefferies new special filmed in London.

Jefferies shot (no pun intended) to fame a few years back after a brilliant take down of American gun nuts.

He even jokes here that whenever there is another shooting tragedy he gets a little more famous.

Sadly, nothing comes close to that gun control sketch in This is Me Now.

That’s not to say we don’t have a good special here.

He starts off ripping into Kevin Spacey and Donald Trump.

Trump is something of an easy target for comedians but there are enough chuckles to keep things flowing.

The biggest laugh in this hour long special is Jefferies recalling being heckled at The Edinburgh Fringe Festival.

No one could ever accused Jefferies of being woke. Fuck. I can’t believe I used that ridiculous word.

Jefferies has upset pretty much everyone you could imagine.

Those who are easily offended probably shouldn’t watch.

For the rest of you, you’re in for a swell time.

Jefferies will have you cackling when he shits the bed & his hilarious car crash appearance at Mariah Carey’s house is unforgettable.

Not quite reaching the heights of the Aussies previous specials Bare or Freedumb, This is Me Now is still an amusing sixty minutes of comedy.

If you had a good time reading this then why not give us a like?

Once you’re finished doing that then check out the trailer for This is me Now. 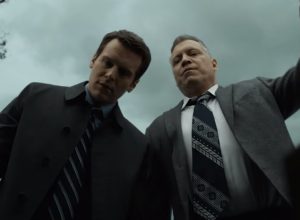