Primátor claim that ‘the six varieties of hops used in this beer, in the brew house, and afterwards in the cold hop process in the cellar create its entirely unique flavour profile.’

And it’s true that the hops come through very strongly, and there’s a strong bitterness that lasts well into halfway through your next glass of something else.

Before Soproni’s IPA, this was generally the most affordable and available IPA in Budapest, and filled a niche, for those looking for something a bit different, but not quite ready to explore the world of craft beer. Now, although this beer is in and of itself a great effort, it’s hard to see what market gap it’s filling. It’s not a craft beer, it’s not as affordable, approachable, or widespread as Soproni IPA or Dreher’s Pale Ale.

Nevertheless, it’s an enjoyable tipple, and worth a try before it stops being commercially viable to sell it in Hungary. 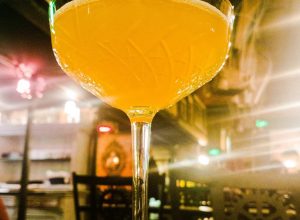 Tipple of the week: Krak’n Pils