Near beers are starting to get a little more interesting.

There ain’t much kick with this one.

No real impact at all.

I guess that’s the whole point no?

The funny thing is with Heineken 0.0% it doesn’t taste much worse than a real beer.

When I say a real beer what I mean is this – a fully flavoured alcohol infused Heineken.

Now I know that ain’t saying much.

Get this stuff chilled though & you won’t be able to tell the difference between the 0.0% & the average five percenter.

There are much better non-alcoholic beers out there (Nanny State any one?) but Heineken’s effort sure serves a purpose.

I’ve drank quite a bit of the stuff in the past year or so.

Avoid the cans at all costs.

Grab a fist full of bottles.

Nothing to get overly excited about but this is a reasonable enough non-alcoholic brew. 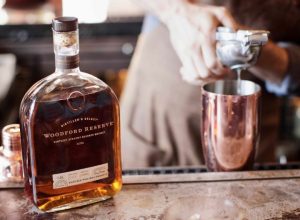