After a wee break, we are back with an out of this world brew. Prometheus IPA by Gravity Brewing is this weeks tipple. Gravity have taken the Budapest craft beer scene by storm.

Turns out Prometheus is a Greek titan. When I hear the word though, the first thing I think of is that bloody dreadful alien prequel.

Like the movie, Prometheus the beer will also split opinion.  I was all over this stuff at my birthday party. The lads weren’t feeling it though.

In a year of relative soberity I’d not enjoyed the opportunity to sample Gravitys wares. Seeing as it was my birthday I thought I’d put right what once went wrong. My only guide on this journey was Al. Sorry for the quantum leap reference. We are here to talk about beer.

So, let’s get to it. Prometheus is one hell of a IPA. In fact I’ve been craving one of these bad boys all week. I’ve managed to fight off the temptation – for now. 7.2% is packed into every one of these beers.

What’s so good about it? In this writers book, Prometheus is pretty unique. It’s bold, bitter & dares to stand out. This unusual taste was the very thing that turned my friends off. They were not best pleased by the slightly overbearing campari & raw orange.

This writer though loved it.

The people behind this fantastic IPA, Gravity Brewing are known for their unorthodox small run batches of beer.

Prometheus isn’t for everyone. If however you feel like being shot to the moon in a korso glass then strap yourself in. You won’t be forgetting this beer in a hurry. This stuff will not last long. When it’s done, it’s done and there will be nothing anyone can do.

Embrace the boldness – get yourself a pint or two. 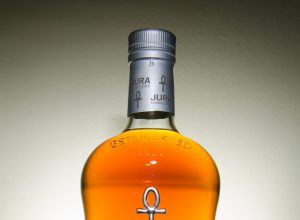 Tipple of the week: Jura Superstition