If like me, you grew up in Scotland during the nineties chances are good that you are more than familiar with the story of William Wallace. To be more precise, the story of Mel Gibson’s Braveheart is the one you probably know.

Released in 1995, Gibson’s Braveheart inspired a whole generation of young Scots to revolt against our English occupiers & be that nation again. Well it didn’t really work out like that but by God, Braveheart stirred up so many different emotions in this writer, that after seeing it for the first time I was ready to march South. I sat in Largs Arts Center & felt my throat go dry as Wallace was executed as the film ended. This was in the days before Google so finding out the real story was not so easy.

Years later, I now know that Gibson’s film was mostly a complete work of fiction. As a filmmaker, Gibson could argue that it didn’t matter. His job was to tell a story in the most compelling fashion possible. He achieved that & then some. Disclaimer. It’s been years since I watched Braveheart. For all I know it’s shite now.

Twenty-three years on we now have The Outlaw King. The king in question is of course Robert the Bruce (Chris Pine). Any film chronicling the life of the Bruce is obviously always going to be compared to Braveheart. After all, both these men lived in the same time period & may have crossed paths. Many (probably English) historians believe they never met.

The Outlaw King works as a sequel of sorts to Braveheart. We open on Robert & Scotland’s noblemen swearing fealty to the fierce English king, Edward ”Longshanks” the 1st (played by Stannis Baratheon from Game of Thrones). Scotland’s open rebellion has seemingly come to an end & only Wallace fights on. Wallace is soon captured, drawn & quartered leading The Bruce to take up arms against the English.

If The Bruce is to defeat proud Edward’s army, he will need the rest of Scotland to rise behind him. Robert comes to meet John Comyn (Callan Mulvey) in an attempt to convince the Lord of Badenoch to join his cause. The two men quarrel before Robert slays Comyn. Director, David Mackenzie portrays this act as mere self defence. In truth it is more likely that the Bruce killed Comyn as the nobleman wanted the crown for himself.
Mackenzie was lauded for 2016’s Hell or High Water but go further back to his Scottish classic Young Adam & you will already find a director who was making intense & complex films.

It’s clear as a Scotsman, Mackenzie cares deeply about the Bruce & telling his tale. One feels that Mackenzie has probably always wanted to bring this story to the big screen. Pine, plays Robert with understated aplomb. His Scottish accent is decent enough & he leads the film valiantly. Florence Pugh is also outstanding as Robert’s wife, Elizabeth Burgh although she does not have much to work with.

The real scene stealer here is Aaron Taylor-Johnson. He plays James the Black Douglas a legendary Scottish knight. Dishonored & stripped of his lands & title by Longshanks, James joins Roberts Rebellion in an attempt to reclaim his ancestral castle.

The film of course ends with a spectacular battle that sees The Bruce & Scotland triumphing over the invading English forces. The Outlaw Kings ingenuity on the battlefield outfoxes his counterpart the Prince of Wales, (a ridiculously over the top, Billy Howles). Scotland is once again free.

My only issue with the film is this – much like Braveheart, Mackenzie plays fast & loose with a few historical facts. Bruce has been described as Macbeth without the tragic ending & I would say that is a fair portrayal. He was very much a man of his time but Robert’s fight for freedom was not just about the good of his country. He was power hungry & desired the crown for himself & the Bruce family. He was for a long time a ruthless & duplicitous man who would back which ever country he felt had the upper hand in The Wars of Scottish independence. You never really get a true sense of who Robert is. The less said about the preposterous love story between The Bruce & his wife the better.

But let’s forget all of this. Does the movie work? The answer is a resounding yes.

The Outlaw King is a decidedly watchable film with epic breathtaking violent battles, incredible cinematography & some fine acting.
I can’t leave you without talking about the best part of the movie.

There is an incredible scene where The Bruce screams ” We fight for God. For honour. For Country. For family. For yourselves. I do not care – so, long as you fight.’’ At that moment – the hairs on the back of every person struggling to be free will surely stand on end.

If only we’d had a chance to take back our country in a democratic referendum a few years back maybe things would be different. Oh wait.
That story is for another time.

The Outlaw King is available to stream on Netflix Hungary now.

Check out the trailer below. 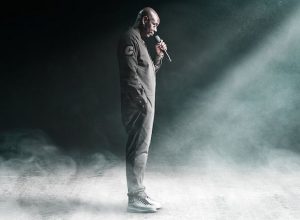