He is just like Santa Claus but instead of bearing toys & gifts, he will throwing out some cracking standup straight from Mississippi.

Now full disclosure here – Alan is a friend of mine.

I remember sitting with him in Sherlocks bar when he declared his dream of becoming a comedian.

I put the whole thing down to drunken bravado & I hoped I would never hear from him again.

But here we are what three years later & Alan is tearing up Eastern Europe with his unique brand of American comedy. They sometimes even let him into The West.

This writer went to catch Al at Szimpla Cafe a few months back. Now I aint gonna lie – I was shiteing myself. If he was pish, I would need to make a sharp exit without him noticing.

Thankfuklly a potentially awkward situation was avoided as the show was funny as fuck. I even prised a few forints out of my wallet to buy Al a drink & I am skint.

Now – you have listened to me rabbiting on for far too long so it is over to Al to give you the lowdown on Third World American:

Alan is out of place. Raised in a cult in the worst state in America and the moving to Eastern Europe when he was 19 is a sign of a life oddly lived.

After 8 years in Hungary and 7 in Slovakia, he’s still no closer to understanding who is, what he’s doing, or why he’s making terrible decisions.

Despite all that, he’s able to find to the funny side of it and tours around Europe trying to get sympathy and laughs for his ridiculous life. His humor is dark, unexpected, uncouth, offensive, and yet somehow presented in a lovable way.

His show is ultimately an example of the juxtaposition of life that most people have – more than the sum of ones experiences yet stupidly simple at the same time.

One thing is for sure – it’s funny. It’s irreverent. And it’s worth seeing. 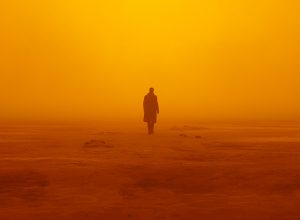