Hungarian football may no longer be at the pinnacle of the world game as it once was in the era of Puskas, Kocsis, and the Aranycsapat (Golden Team) however 2018 has seen a mini-resurgence in the national game, and the restoration of some much-needed pride.

Sure, it’s been a mixed year of highs – MOL Vidi’s European adventure – and lows – Georges Leekens reign as national team manager – but, in reflection, the good times just about outnumber the bad as Hungarian football seeks to reclaim its lost mojo.

With the year coming to a close and the Nemzeti Bajnoksag 1 (NB1) taking a few weeks off for its annual winter hibernation, what better time to take a look back at the last 12 months of Hungarian football.

At the winter break, it is perennial pre-season title favourites Ferencvaros who lead the way holding a 5 point advantage over last season’s Champions MOL Vidi.  However, the Budapest side has not had things all their own way and missed out on a chance to open up a potentially insurmountable 11 point lead at the half-way stage, losing to MOL Vidi in the final game before the winter shutdown.  The side from Szekesfehervar clearly not prepared to give up their title without a fight.

Talking of previous Champions, Budapest Honved, NB 1 winners in 2016/17 and home to ex-Hibs goalkeeper and friend of this site David Grof, are currently 10 points off the pace occupying a respectable fourth place in the standings.  Despite the loss of star strikers David Lanzafame (Ferencvaros) and Marton Eppel (Kairat) in the summer, and being forced to play home games at MTK’s Nandor Hidegkuti Stadion while their own Bozsik Stadion is under reconstruction, Honved made a strong start to the campaign matching Ferencvaros over the opening rounds before slowly slipping down the table.  With the clubs reluctance to spend money on transfer fee’s it is unlikely that Honved will claw back the deficit in the second half of the season, but under Attila Supka’s guidance, they should have enough about them to maintain a strong challenge for a European place.

As for the other capital sides in the top flight, Ujpest and newly promoted MTK are both within touching distance of Honved, sitting in 5th and 6th place respectively; the latter having attracted praise for their efforts to play an open and attacking game whenever possible.

At the foot of the table things are looking bleak for Haladas, home of cult hero and jogging pants wearing ‘keeper Gabor Kiraly, as the men from Szombathely are rooted to the foot of the table having accumulated a measly 9 points from their opening 18 games; 7 points behind early season whipping boys Kisvarda and 8 from safety.

The second half of the season resumes in February with a no-love-lost local derby between Ferencvaros and Budapest Honved at the Groupama Arena.  It promises to be an explosive affair and one that will set the scene for an exciting and entertaining business end of the NB 1 season.

European football has been a bit of sick joke for Hungarian clubs in recent years with very few success stories to boast of.  Mercifully, 2018 has a slightly different story to tell thanks to progress made by MOL Vidi in particular.

Vidi advanced to the Play-Off round in Champions League Qualifying before succumbing to AEK Athens, the scourge of Celtic in the previous round.  However, this allowed Vidi to drop into the Europa League where they put up two memorable performances against Chelsea and narrowly missed out on progression to the knockout rounds.  Thanks to MOL Vidi, a certain degree of respect has now been returned to the Hungarian game.

Elsewhere, Ferencvaros once again failed to make any headway in the Europa League, falling to Maccabi Tel Aviv at the first hurdle, a result that ultimately cost coach Thomas Doll his job; the East German being replaced by former Spurs forward Serhi Rebrov in August.

Honved and Ujpest, also competing the Europa League Qualifiers , both fell at the Second Qualifying stage; Honved to surprise package Progres from Luxembourg and Ujpest to the might of Sevilla.

However, thanks to the battling performances of MOL Vidi, a semblance of pride has been restored to Hungarian football at European level.

The national team struggled for both form and identity during the ill-fated reign of Belgian Georges Leekens who won none of his four games in charge and whose tactics, or lack thereof, led to main goal threat Nemanja Nikolics quitting the national team.

In June the decision was taken to relieve Leekens of his responsibilities as national team manager with the popular Italian Marco Rossi installed in the hot seat; Rossi had previously led Honved to their 2016/17 title success and had been the fans choice to replace Bernd Storck before Leekens appointment in 2017.

Rossi has overseen an upturn in results and performances since his appointment, recording 3 wins and a draw in his 6 games in charge so far, and guiding the Magyars to second place in their Nations League group.  Hungary ended the campaign with two solid 2-0 victories against Estonia and group winners Finland and expectation levels are beginning to rise once again ahead of the 2020 European Championship Qualifiers.

Who knows what the next 12 months will have in store for Hungarian football, but while it doesn’t have the glamorous appeal of Europe’s big leagues, you can rest assured that there will seldom be a dull moment.

If you enjoyed that then why out get on our social media?

All the links you need are below. 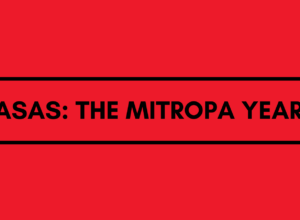