The angriest man in comedy brings rage fueled brilliance to Budapest this evening.

In the age of #Metoo and #TimesUp the irreverent Bill Burr still has the balls to say  – well whatever the fuck he wants.

If you don’t know him for his comedy, then you’ll certainly remember him from Breaking Bad. He played Patrick Kurby. Remember?  One of Saul Goodman’s lackey’s? The red head who stopped the train in Dead Freight? No? Ok.

Burr is a terrific comedian.  A word of caution though. If you’re easily offended, then it’s best to stay home.

Get tickets for the show here.

Hit up Pulse on social media. 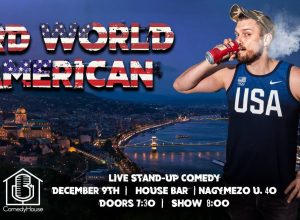