For this week’s tipple there was only ever going to be one winner.

Seeing as it’s the 15th of March we felt it was only right to focus on a Hungarian brewery.

We’ve shared our love of all things Mad Scientist, Csupor, Hopfanatic & others before.

As far as I can recall we’ve never covered Reketye Brewing co.

Well not until now.

Reketye started out making beers all the way back in 2014.

That may seem not so long ago but that would make them somewhat veterans on the Hungarian craft brew scene.

These guys started a canned revolution in the country. Or at least they made a valiant attempt. As many brewers will tell you craft beer tastes better coming from the can.

Most people remain dubious about canned beer. Maybe I am most people – I had this tipple on tap.

At Pulse we pride ourselves on our honesty. So, I will say that not many Reketye beers had ever blown me away.

A lot of their brews I found to be inoffensive. That’s not to say they weren’t good. They just didn’t take me to where I wanted to go.

That’s why I was doing somersaults when I got my hands on a Heavy Daddy. Not going to kid you on, the barman at a local craft pub recommended the stuff. I thought, ”ok but it’s on you motherfucker.” I didn’t really think that, but you get the point.

A juicy, tropical hop explosion can be found in a pint of this stuff.

Opaque & delicious, with just the right hint of citrus.

I can safely say it’s one of the best NE IPA’s, I’ve ever drank.

And trust me, I’ve drank a lot.

Heavy Daddy is your tipple of the long weekend.

Check out where to pick up a Heavy Daddy on Untappd

While you are at it please follow Pulse on social media: 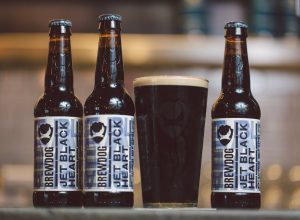