With Sziget fast approaching, Pulse felt it only right to get our sneak peeks on the go again.

It is exactly a year to the day since we churned out one of these bad boys.

Who better to start with in 2019 than Ohio’s finest, The National?

And you are in luck. I am Easy to Find (the groups eighth studio album was released today). I am listening to it as I speak. Type. Whatever.

Now this may sound slightly absurd but The National are special to me.  This band has played such an important role in my life.

I got into them way back in the mid-2000s. The NME & the Pitchfork’s of this World hadn’t gotten the memo yet. Boxer had just dropped. A day after that album was released, I saw The National live for the very first time. I was aquiver with ecstatic excitement before the gig. And wow did the Ohio boys deliver. The date? May 22nd, 2007. The venue was Astoria in London.  This gig happened that long ago that The Astoria is now shut down.  Since then I’ve seen The National a further eight or nine times. I lose count.

Last summer in Zagreb, I stood with my girlfriend Viri (not a National fan) & sang into the Croatian night. I’ve not seen them since then.

These days it is fair to say that The National are more than a little popular. Their last three albums all broke into The Billboard top three. I’d be lying if I said, I didn’t prefer when no one had a clue how great this band is. Much to their credit, mainstream success hasn’t changed them. Their music is still flawless, mellifluous.

On the off chance, you’ve never heard of The National what can you expect?

The National (their self-titled debut LP) isn’t for everyone. The groups sophomore effort Sad Songs for Dirty lovers is when they started coming into their own. 90-mile water wall (yes, I am listening, I can tell you’re serious) & Lucky You are my stand out tracks on that LP.

In between their third and second album, the band put out The Cherry Tree EP. Wasp Nest, All the wine & the most overplayed National song ever, About Today adorned this mini masterpiece.

Then comes Alligator. Now this is the first National album I ever heard. I was sitting in my friend, Indie Ben’s room after a night of heavy drinking. He stuck on the album & from ‘’I think this place is full of spies, I think they’re onto me’’, I was hooked. Daughters of the Soho Riots, Mr. November, Baby we’ll be fine & Karen are my faves from that album.

Boxer saw The National creep more & more towards the mainstream. They were by no means huge at this point, but it was getting closer.

The marvelous, Trouble will Find Me & the stripped back, Sleep Well Beast further cemented the bands popularity.

Their latest release, I am Easy to Find might be The National’s most captivating album to date. I’ll need a few more listens before I’m sure.

What’s is certain is this – they are one of the greatest live bands I have ever seen. Hence why I keep coming back.

It’s great to have them at Sziget.

You may catch sight of a Pulse writer crying, screaming or both in the front row. Don’t let that put you off.

Learn the words to: Where is Her Head

Sound cool by saying: ‘’Where is Padma?’’

The National will headline The Sziget on August 11th.

Check Pulse out on social media: 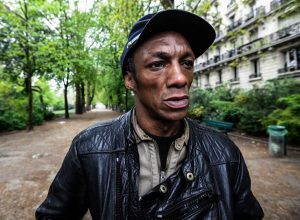