The summer is finally here.

Blue skies & the unforgiving sun have now shown up.

We thought it’s about time for another Budapest Pulse top five list.

Here is our guide to biking in the hot city.

Get the Right Bike

Now, this may seem like pretty obvious advice but without the correct bike, you are in trouble.

What bike that will be is up to you. I’ve been riding around in a Raleigh Hennie Kuiper road bike & I gotta say. ‘’I love it’’. It’s agile, retro & can wrack up a fair set of knots. I may upgrade soon.

As for you. Decide if you want a city cycle, a road bike, a mountain bike or whatever takes your fancy. There are many a great bike shop around. I recommend these guys. Go along, have a look & pick a bike.

Confession time. I used to laugh at all of you helmet wearing folk. You were the scourge of the roads. To be avoided or to be mocked. Now? Now I am a fully paid up member of your grotesque club. Let me tell you how it happened. You don’t care? Then why are you reading this? Ok. A few weeks back I was cycling to the office. I could lie & say I was tearing up asphalt & burning rubber. I wisnae. I was going at a glacial pace down by the Ice Hockey rink near Elte. In front of me, a black three-door dodge. I slowly went past when suddenly bang. Some clown opened the passenger door & sent me flying head first into the air. After regaining consciousness & having no clue where I was, I jumped back on the bike & continued on to work. Later that night, my doctor confirmed I had a concussion. I spent a few days in bed & I had to stay away from screens. That wasn’t the worst part. You can guess what that was right? I was forced to buy a helmet. I went for The Unsullied look & I’ve been wearing it ever since. If you were like me & thought wearing a helmet is foolish then you’re right. But still. Still you need one when cycling in Budapest. I went two years without incident. Then I met a clown in a black dodge. So, buy a helmet, strap up & stay safe.

Riding around the city doesn’t need to be complicated but you may run into the odd challenge. In the last year, I’ve had countless issues with my bike. If I am being honest, when some of the working parts stop doing their job then I am clueless about how to fix them. I turn to my Dutch pal, Edwin. This guy is the bike whisperer. If my bike is given me aggro, then Edwin is my go-to guy. He should have his own tv show. Anyway find your own bike whisperer or learn how to fix up your bike. I would post Edwin’s number here but I don’t think he’d be best pleased.

Ride All Year Round

Come winter, the roads are deserted & slightly treacherous but for me this is the best time to ride. You’ll own the city. Out of every cyclist, only two of my friends biked through the frozen wastelands of BP during the bleak autumn & winter months. It may be minus 7 out but trust me as long as you double up on clothing, you will be fine. You won’t need to worry about rows of bikes making your life miserable. It will just be you & the open road. What more could you want?

BP is still a pretty decent city to ride in. There are always going to be arseholes on the road but for the most part no driver wants to run over a cyclist. Be alert, don’t run red lights, watch for pedestrians crossing the road without looking (this happens all the time) & don’t take unnecessary risks. Accidents do happen but they are pretty rare.

“Nothing compares to the simple pleasure of riding a bike” Those are the words of JFK. The 35th President of The United States. And you know what? He’s right. JFK might still be riding around on his bike today if not for Lee Harvey Oswald. Cycling should be fun right? If I can, I avoid the cities major roads. Get on the BKK app & you’ll find many a cycling route. I enjoy nothing better than hopping on my Raleigh & hurtling down alongside the river on a Saturday morning. It’s the best way to see our wonderful city. So, get biking people.

If you enjoyed that then why not check us out on social media?

All the info you need is below: 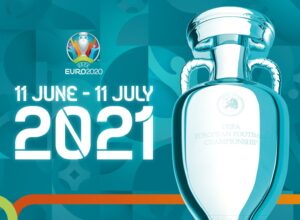