I got to tell you something. You may be surprised or even shocked by it but I rarely watch superhero movies. I live in a World where Avengers: End Game grossed what was it now, like 5 billion dollars? I wasn’t interested though. That’s not a slight on the movie – I’ve never seen it. In fact, I’ve not seen any of The Avenger flicks. I could not tell you how many there are. These movies tend to follow a certain formula and you know what’s going to happen before it happens. If that makes sense.

I may not watch superhero films but I did grow up on comic books. I used to sneak into my older brother’s room and leaf through his Batman, Year One graphic novel.

No matter your thoughts on comic books or superhero movies – one things for sure. (The) Joker is one of the most memorable and iconic villains ever to be created. There was just always something about him that would grab your attention. He was loud, bombastic – without subtly.

When I found out that Warner Brothers were going to make a Joker origins tale, I ain’t gonna lie. I was pretty fucking excited. My excitement turned to euphoria when I learned that the titular character would be played by Joaquin Phoenix. He seemed to be a perfect fit.

There were a few grumblings about the idea of any Joker origin story. I mean the cool and mysterious thing about him is, he has no real backstory right? Still, I could not wait.

The trouble was this. Todd Phillips of The Hangover fame was the man behind the camera. Now, The Hangover trilogy is decent enough fare, however asking Phillips to helm a bleak, torturous supervillain movie didn’t seem like the greatest of ideas. After all, this guy thinks that dick jokes and Asian stereotypes are hilarious. So, was Phillips up to the task of bringing one of the most hotly anticipated films of the year to the screen? Well, frankly yes. Phillips and cinematographer Lawrence Sher create a wonderfully eccentric tale.

So, what’s the story? In Gotham City, Arthur Fleck (Phoenix) is a real-life clown for hire. If he is not dancing (there is a lot of dancing in this film) himself clean on the streets of Gotham, then he is signing to bemused children at the local hospital. The emancipated, lonely Arthur lives at home with his sickly mother, Peggy (Frances Conroy) and he suffers from a condition called pseudobulbar affect. This means that whenever he is nervous he laughs uncontrollably, painfully. This tends to get him in bother.

Arthur’s is an aspiring stand up comic. His dream is to appear on The Jerry Langford Show. I mean The Murray Franklin Show. Jerry Langford is, of course, a character (played by Jerry Lewis) in Martin Scorsese’s The King of Comedy. In that 1982 classic, Rupert Pupkin is a deluded comic who wants to make it big on the late-night television circuit scene. Sound familiar? Arthur’s hero, is played by Robert De Niro and guess what? De Niro starred as Robert Pupkin in King of Comedy. You get why I would be confused.

Phillips doesn’t only just borrow from that particular Scorsese movie. Shades of Taxi Driver and Raging Bull are easy to find in Joker. I didn’t mind. I love all those movies.

Now, Pupkin maybe a little too comfortable outside of the law but Arthur is a lot more unhinged and dangerous. His descent into madness and donning the Joker’s clown mask begins when is assaulted by three Wall Street bankers on the subway. As Arthur is beaten, he turns the violence on his attackers. The World has been cruel to him and embracing brutality and mayhem is the only way he can assert himself. Arthur’s murderous rampage on the subway, leads to an uprising where Gotham’s poor citizens turn on the cities rich inhabitants. Inhabitants like Thomas Wayne (Brett Cullen).

Whilst trying to stay ahead of the law, Arthur then finds out some secrets of his past and after appearing at a comedy open mic night, he gets his much sought after invite onto The Murray Franklin show.

Much like King of Comedy, Joker does blur the line between what’s real and what’s not. Could everything that transpires all be in Arthurs’s head? Well, some of it certainly is. What is and isn’t, is up to the audience to decide.

You won’t be surprised to hear that Joker has not been without its fair share of controversy. Many critics have labeled it irresponsible. There was (and remains)a genuine worry that some lunatic would be inspired to shoot up a movie theater because of Phillip’s take on this particular DC Comic villain. Arthur is an angry young male who is exploited and marginalized. He empowers himself for the first time in his life by embarking on a bloody crime spree that leaves several bodies in its wake. I get why this may upset some people. However, I think it is true to the character. This is how someone would most likely become Joker.

The closest we ever got to a Jokers origin story before was in The 1988 graphic novel, The Killing Joke. In Alan Moore’s comic, The Joker is a failed comedian who slowly slips into madness after the death of his wife and son. Phillip’s take is for modern times.

In Phoenix, he has a truly magnificent lead. As Arthur, Joaquin is utterly mesmerizing. After Heath Ledger’s sensational turn as The Joker in Nolan’s Dark Knight trilogy, tackling The Red Hood again was always going to be fraught with danger. Jared Leto spectacularly failed to live up to The Joker mantle in Suicide Squad. Phoneix smashes it.

The brilliance of his performance is this – he does something completely different with the character. At times he is entirely sympathetic, and then he will flick on a switch and we will have before us a real narcissistic self-pitying reptilian motherfucker.

Much has been made of the actor’s startling weight loss. It does bring a real edge to this new Joker. At one point as Arthur tightens his clown shoes (no joke), the bones in his back protrude and coil as if he is about to snap. And snap he does.

To think that Phoenix gives such an incredible performance in a Gotham that does not yet have it’s Batman is even more remarkable. Ledger probably said it best in The Dark Knight ’’You just won’t kill me out of some misplaced sense of self-righteous. And I. I won’t kill you because you’re just too much fun. I think you and I are destined to do this forever.” Batman and The Joker in a perverse way, belong together. Phoenix has no caped crusader to bounce off. He stands alone.

Don’t worry. A young Bruce Wayne does show up and the Bat’s very own origin story is set in motion after Joker inadvertently sparks a riot. We may have a sequel.

Joker is a dark, disturbing and richly complex film that defies convention. Surely, that’s how all comic movies should be right? Right?

The Joker is out in Hungary now.

Hit Pulse up on social media: 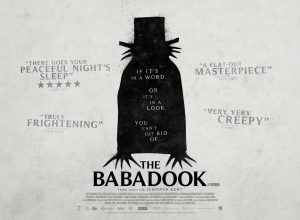