Thomas Sowunmi is one of Hungarian football’s most fascinating characters.  Born in Lagos, Nigeria, to a Hungarian mother and Nigerian father, Sowunmi became the first black footballer to represent Hungary at International level in 1999. During his 20 year playing career, Sowunmi played for 8 different clubs across 5 countries, and also found time to study for a University degree while still playing top-flight football.  He has now taken on a new role away from the pitch as Club Manager at NBII club Vasas as he looks to help revive the Budapest based sides fortunes.

It’s an overcast autumnal morning in Budapest when Thomas Sowunmi finds me wandering around the car park of the beautiful new Rudolf Illovsky Stadion, home of NBII club Vasas. I’m a few minutes late for our meeting and a little apprehensive as I was always taught as a child how important it was to make a positive first impression; being late is not a good start.  Fortunately, Thomas welcomes me with a warm smile and friendly handshake before inviting me inside the club offices for a coffee.

For the next hour or so I am engrossed as Thomas talks openly and in-depth about a variety of subjects; the highs and lows of a playing career that, in his own words, could have delivered so much more; pride at representing Hungary at International level; his thoughts on the development of the Hungarian game; and where he sees his own career developing.

“I’m a multi-cultural guy” Thomas begins to tell me when I ask about what inspired him to play in so many countries during his career.  “I wanted to understand different cultures, how they showed their passion for football.  I also wanted to travel the world and meet new people.  I’m very lucky that football allowed me to do that.”

During his twenty year playing career, Sowunmi played club football in Hungary, France, Czech Republic, Cyprus, and Scotland. “I made friends everywhere I went, and I’m very grateful for that.”

However, despite the great personal experiences gained throughout his career, there is a sense that all did not go quite according to plan for Thomas, and that he did not quite manage to fulfil his true potential.

“I won a lot of things in my career including the Hungarian Championship and Magyar Kupa while at Ferencvaros, but I thought I could have achieved more.  I didn’t always have luck on my side.  I think I was sometimes at the right club at the wrong time, and at others it was the wrong time at the right club.”

“At Hibs, for example, it didn’t work out for me as I hoped.  When I arrived the guys had already qualified for the League Cup Final (in 2007) and the gaffer wanted to play those boys in the Final.  That’s normal and I accepted it, but then I got injured in training after colliding with David Grof (now goalkeeper at Ferencvaros) and was out for 5 weeks.  It just wasn’t to be.”

“In Cyprus, the team I played for went bankrupt, and at Ferencvaros  I broke my leg during my first season before coming back stronger and winning the League and Cup.”

Despite these knock backs, and the obvious disappointment of not reaching the career heights he had planned, there is no resentment in Thomas’ voice.  As he put it to me “these things all happened for a reason, and without them I might not be where I am today.”

Indeed, had his career panned out differently, who is to say that he would still have had the opportunity to carve his name into Hungarian football folklore by becoming the first black player to represent the Nemzeti Tizenegy?

“That was a dream come true” he told me, bursting with pride as we spoke about his debut for Hungary in the summer of 1999 against Moldova.  “I always believed I was good enough to play for the national side and actually thought that my time would come earlier than it did, as I was playing better the previous season.  In the end, it didn’t matter when it came; it was just a dream come true to make my debut.”

Sowunmi played 10 times for Hungary scoring on one occasion.  A laid back and relaxed character, Sowunmi paid little attention to his status as Hungary’s first black International.  Nor did he allow the racism that was rife in Eastern European football during his career, and is sadly raising its ugly head again, to affect his game.

“For me, I didn’t really think about being the first black player to play for Hungary, it wasn’t an issue.  There had been other black athletes represent Hungary in other sports before me, so I didn’t really consider myself a trailblazer in any way.  I am half-Hungarian, so as far as I was concerned I was just playing for my country.”

“I had a good relationship with the fans and rarely encountered much racism at the games.  Sure, it was normal for opposition fans to boo me, but I used that as a motivation to play better.  I can only remember one time where there was banner at a game that read ‘Go Home To Africa Monkey’, but by the time I came out to warm-up the banner had been removed and the opposition coach apologised to me after the game.”

“Nowadays, I think it is more of a shock to the players when they experience racism during the game because it’s something that should have been eradicated by now.  I think the MLSZ has done a good job at removing racism and the monkey chants from the game here, but UEFA needs to do more in its competitions.”

“The current level of fines and sanctions does nothing to deter fans from chanting what they want as they don’t punish the club or national team enough.  Take a look at the recent game in Bulgaria against England.  I applaud the President of Bulgaria for the stance he has taken, but he shouldn’t have to get involved and any fine that comes from UEFA won’t deter the fans from their actions.  It’s very sad.”

“There needs to be stricter sanctions and bigger fines, fines that actually hurt the clubs.  Only then will they do something to educate the fans and remove racism from the game and leave it in the past where it belongs”

Along with sharing his opinions on how football’s authorities can do more to eradicate racism from the game, Thomas was also willing to share his thoughts on the development of the game in Hungary.

“I think there is a lack of identity in Hungarian football at the moment, and we need to develop a style we can call our own.  The Spanish have tiki-taka, the Dutch are famous for Total Football and playing 4-3-3, even Scotland is known for its fast, aggressive and direct football.  But there isn’t really a particular style of football in Hungary anymore and I think that affects the national team.”

“There is an emphasis at youth level on results over player development, and we have become more negative and defensive as a result.  Young players are not being given the chance to develop their skills and express themselves, and we have a situation where clubs are judging and discarding players as young as 10 based on their height or skills at too young an age.”

“When I played in Scotland, I saw 15 year-olds who knew everything about the game; when to run, when to pass, how to head and shoot, when to make the tactical foul.  But the best thing was how they all communicated on the park.  That doesn’t happen so much in Hungary, young players are very quiet these days and as coaches, we need to change how we coach and develop the next generation.”

“It’s something that has been talked about a lot in Hungarian football recently, and we need to find a consensus to develop a new football identity.”

It is clear that the development of the game and young players is something that is close to Thomas’ heart, and this desire to improve can be traced back to his own playing career when he made the decision to undertake a degree in Sports Management and Recreation Management at the highly-regarded Semmelweis University, Budapest.

“It may be uncommon now, but back then I was part of a group of around 20 NBI players who went to University to study, some of that group are now Doctors and Lawyers.  It wasn’t just us footballers though, most of the Olympic Gold Medal winning Water-Polo team also studied at University.  For my generation, getting an education and looking out for your future away from football was something we took seriously.”

“Even now I am still thinking about what the future will hold and what I need to do to achieve my future career goals.  I want to help Vasas get back into NBI and help more young players make the breakthrough into the first-team here.  I enjoy the variety in my current role, however, I do miss being in the dressing room.”

“Along with my role Vasas I am also coach at Balatonfuredi in the 4th Division.  Things are going well there and if we get promoted at the season at the end of the season then I might have a decision to make.”

“I’m not sure what the future holds for me, but I am excited for whatever it may be.”

If you enjoyed that piece then be sure to follow us on social media: 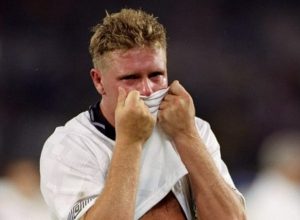