The Guardian recently (well in the last decade at least) ran a series entitled ‘My most overrated film’. Writers would choose universally acclaimed films that they personally believed to be, well, awful. Although there were some truly baffling picks (There Will Be Blood?!) it proved to be an enthralling collection of articles. If I had partaken in such an enterprise, Stanley Kubrick’s The Shining would have been very high on my own list of ‘overrated’ films!

The Shining has been hailed by film critics and audiences alike as one of the best horror films of all time. The direction and music are masterly of course. However, I have always felt that the respective performances of Jack Nicholson and Shelley Duvall are dreadful in the film. Nicholson was the best in the industry at ‘going nuts’ but Kubrick should have reined Jack in a little. The main issue with the Jack Torrance character is that he is ‘crazy’ at the start of the film. Thus, why his descend into madness at the Overlook is rendered completely pointless. Torrance was homicidal before being compelled to butcher his family by the unfriendly ghosts of the hotel. Duvall is hysterical as Wendy but perhaps we can attribute this to Kubrick terrorizing her on the set. Stephen King (for all of his limitations as a writer) was at least able to create characters that we care about as readers. The original novel had a dynamic father/son relationship which Kubrick jettisoned in favour of a shock-fest and over the top acting.

So, we come to Doctor Sleep, Warner Bros© sequel to The Shining. There was naturally trepidation about the project considering the near 40-year gap between the original film and the sequel. But what emerged on screen was not a cash-in or a movie trying to exploit its connection to the Kubrick film. Director/writer Mike Flanagan has crafted a worthy sequel which looks to expand on the themes of The Shining.

We join Danny Torrance (Ewan McGregor) four decades on from the horror of the Overlook Hotel. The first act is displayed primarily in flashback showing Danny’s dealings with his mother, Wendy (played by Duvall clone Alexandra Essoe), Dick Halloran (Carl Lumby) and his enduring battle with alcoholism. Torrance has inherited his father’s illness. This has left him unable to ‘shine’. McGregor is outstanding in these scenes. Although he struggles with his supposed American accent, he turns in his best performance in almost a decade. There is the obligatory shot of a drunk waking from a destructive bender under a railway bridge (we have all been there) but the script approaches the subject matter with intelligence and compassion. There is a monstrous scene which has parallels to one of the most harrowing moments in McGregor’s breakthrough film, Trainspotting.

The plot revolves around a young girl (Kyliegh Curran) who’s own abilities to ‘shine’ has made her a target for a band of roving ‘soul-suckers’, led by Rose the Hat (Rebecca Ferguson). King (at least in his earlier work) really struggled to fashion plausible African-American characters. He has often portrayed black Americans as either magical figures (Mother Abagail and John Coffey etc.) or criminals. So, at least Currans’ Abra is a fully fleshed character. However, King (unduly influenced by the Marvel universe and the Twilight series) has imbued his heroes with abilities far beyond what The Shining represented in the original film/novel. It is rather disconcerting. The subplot involving Rose the Hat and her travel-weary ‘vampires’ simply does not work within the confines of The Shining. It seems like it has strayed in from another film. The acting (particularly from Emily Alyn Lind as Snakebite Andi) is superb and the group is beyond despicable. Paradoxically, although I never came to identify with them (their crimes against innocents are just far too brutal to allow for that) I did ponder as to why they had abandoned their humanity to such an extent that they were now essentially creatures. Beyond the group’s coercion/manipulation by Rose, their behaviour and motivations had to be explored further.

Flanagan brilliantly utilizes the most shocking sequence from The Shining, to the dismay of the audience that I watched the film with. In the first film, the old woman in the shower was a manifestation of Jack’s sexual inadequacy. However we interpret her meaning, I was filled with dread every time she appeared on screen (which was exploited for weeks afterward by my girlfriend!).

Flanagan also directed Gerald’s Game, another Stephen King adaptation. Any couples looking to engage in S&M, should watch that film before they proceed! His work here is solid and he elicits good performances from his cast. The film is worth seeing, although, in my opinion, it is ultimately an intriguing ‘failure’.

What’s Going On: Things to Do This December in Budapest 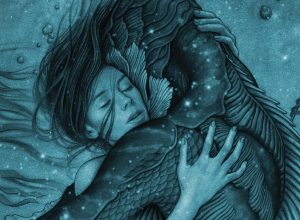 The Shape of Water — Movie Review

Joe McCann - 28th February 2018
We use cookies to ensure that we give you the best experience on our website. If you continue to use this site we will assume that you are happy with it.Ok