Matchday 18 of the NBI season threw up few surprises as the pre-match favourites won all bar one of the weekend’s fixtures.  The only game to buck the trend was the goalless encounter at the Pancho Arena between Puskas Akademia and Debrecen; even little Mezokovesd’s comeback victory away at Honved was hardly a shock given the hosts erratic form thus far.

Leaders Ferencvaros maintained their 6 point lead at the top of the table thanks to a 2-1 win at Kisvarda, while closest challengers MOL Fehervar won 1-0 at Ujpest in the Saturday evening fixture.  For the second week running, Ujpest, took centre stage in the biggest game of the round, and once again failed to show up, putting in a depressingly lacklustre performance.

Lilak, as they are affectionately known, will need to address their poor run of form quickly if they are to stay in the hunt for European football, starting in midweek when they visit Mezokovesd-Zsory.

The big game of the midweek round of fixtures takes places at the Groupama Arena as Ferencvaros welcome city rivals Honved in an eagerly anticipated Budapest Derby.  With MOL Fehervar facing a difficult away game at Debrecen, victory for Ferencvaros in the Derby could see them open up a comfortable lead at the summit ahead of the main Budapest Derbi at Ujpest on Saturday.

However, Saturday night’s Ujpest-Fradi fixture is set to be played out against the backdrop of civil unrest amongst the home supporters.  Angry at the way their club is managed, it is widely expected that the Ujpest Ultras either will boycott the game or stage a silent protest should they attend.  Either way, the ferocious atmosphere normally associated with this fixture is likely to be missing on this occasion.

Elsewhere in Budapest this weekend, Honved play host to Zalaegerszeg at the Hidegkuti Nandor Stadion on Saturday evening (5pm kick-off) with Budaors taking on Budafoki at 2pm on Sunday in the NBII.

If you enjoyed that then please support us on social media for more sports stories : 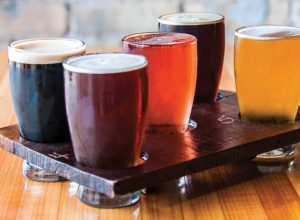