Still in lockdown & need some entertainment? Last time out Pulse gave you some cracking but very, very dark & depressing documentaries, this time we are going for something that will put a smile on your face. Check out our favourite stand up specials on Netflix below.

He is (maybe) a misogynist. He hates Michelle Obama & male feminists. He loves Elvis & cultural appropriation. Bill Burr is probably America’s most despised comedian but he is hilarious. His latest special is funny from start to finish.

You may know her from Curb your Enthusiasm, however, Wanda Sykes is a brilliant stand-up comedian whose career has spanned three decades. In Not Normal, Sykes takes aim at everything from The 45th President of The United States, reality television & race in America.

This link will lead you to the trailer

In my humble opinion, Richard Pryor is the greatest comedian who ever lived. His end was tragic and his legacy is incredible. He inspired everyone from Chris Rock, to Dave Chappelle, to Jerry Seinfield & many more. It is really no understatement to say that Pryor changed the comedy scene. Live in Concert really shows, Pryor at the top of his game. Enjoy.

Whilst we are talking about legendary comedians, why not mention Eddie Murphy? Murphy recently returned to The SNL stage after an almost forty-year absence & reminded us all what we were missing. To see Murphy in his prime, then look no further than Delirious. Admittedly some of the jokes are pretty shocking by today’s standards (Murphy starts this special by attacking gay men), but still, this was a seminal moment in stand up comedy. Murphy was only 22 at the time, just think about that.

Directed (is that the correct word) by Spike Jonze, Aziz Ansari’s stand-up return was brilliant. Ansari faced sexual misconduct allegations back in 2018 & this was something of a comeback. Aziz gets right into that story from the get-go when he recollects running into a fan who mistook him for Hasan Minhaj. From then on in, Aziz has our attention & keeps us laughing.

Perhaps no other comedy special attracted more controversy than Sticks & Stones, and I’m not going to lie, you can see why. Chappelle goes after Michael Jackson’s Leaving Neverland accusers & that is just him warming up. The internet was pretty pissed off by this hour of comedy but honestly, who cares? Seriously it is stand-up. Nothing is off-limits. You don’t have to agree with Chappelle, you just need to care if he is funny & by God he is.

Pulse reviewed this one when it was released & let’s look at some of what we said.

Being honest, I’d never heard of Hannah Gadsby. She is a gay comic who grew up in Tasmania where it was illegal to be homosexual until 1997. Another thing I’ve gotta be honest about is this: I almost gave up on Nanette. Five or ten minutes in, I’d seen as much as I could take. Or so, I thought. There is a turning point. Gadsby recounts laying into a self-appointed LGBT spokesperson who critiqued the comedian’s show for not being gay enough. From then on – she had me. Her ferocious, searing performance is filled with rage & weariness. She’s had enough of straight white male privilege & as it turns out comedy for that matter. At one point in the show she declares it is her intention to walk away from stand–up. After telling us the disgraced Bill Cosby was the reason she got into the business in the first place, Gadsby gets all serious Do you understand what self-deprecation means when it comes from somebody who already exists in the margins? It’s not humility. It’s humiliation.’’ She’s literally taking a stand for the marginalized amongst us. It’s a beautiful & haunting speech. Delivered with heartfelt aplomb. It really resonates.

Now, Nanette has been somewhat polarizing. There are those who believe it should not even be classed as comedy. There isn’t an abundance of obvious jokes or punchlines. Still. For me, it works. A scathing takedown of the privileged is perhaps long overdue in the comedy game. Whatever your thoughts on Nanette one thing none of us can deny that it’s an extraordinary show. Essential. Timely. Intense. Unmissable. Nanette is one of the most memorable comedy specials in years. 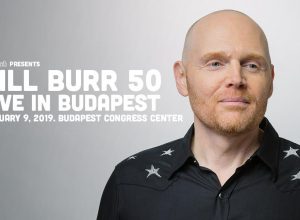