We gave you documentaries & stand-up specials, now it is time for the very best series currently streaming on Netflix Hungary. From cartels, to clones, to criminal lawyers & more, we are sure you’ll find something to binge during the lockdown.

Charting the rise of The Sinaloa Cartel, as you would expect Narcos: Mexico is ultra-violent, breathtaking & completely binge-worthy. Miguel Ángel Félix Gallardo (Diego Luna) is a young ex-cop who becomes a ruthless drug kingpin, undercover DEA agent Kiki Camarena is the man trying to stop him. An exceptional show.

“Toss a Coin to Your Witcher, oh Valley of Plenty”. Based on Polish author’s, Andrzej Sapkowski novel of the same name that spawned a hugely popular video game, The Witcher is a fantasy drama series that was one of Netflix’s biggest hits of 2019. Henry Cavill plays the titular character, a monster hunter who travels over The Great Kingdoms as a gun (sword) for hire. The show is hardly a classic & at times it is slightly maddening. Still, overall The Witcher is a good binge-worthy series that will keep you guessing.

Speaking of Brie & Mad Men, no best tv list could be complete without mentioning Matthew Weiner’s series. Mad Men follows New York ad executive, Don Draper (Jon Hamm) as he sets off on a path of self-destruction. Filled with memorable characters like Roger Sterling (John Slattery), Peggy Olson (Elisabeth Moss), Joan Holloway (Christina Hendricks), Pete Campbell (Vincent Kartheiser) & Ken Cosgrove (Aaron Stanton), the series is brilliantly written. Weiner, cut his teeth on The Sopranos and you can see why. Mad Men is one of the greatest shows ever made.

For those of you who have been living in The Salton Sea, Better Call Saul is a spin-off of the incredible Breaking Bad. We follow the metamorphosis of Jimmy McGill (Bob Odenkirk) from a fairly skilled grifter into the criminal lawyer, Saul Goodman. “You don’t want a criminal lawyer…you want a criminal lawyer”. We are six episodes deep into season five & like those that preceded it, this series is of course excellent. We are rapidly approaching the Breaking Bad timeline (Hank & Steve Gomez have already shown up) & it is just a matter of time before Walter White & Jesse Pinkman make an appearance. Until they do, just enjoy Saul’s run in’s with Mike, Kim, Gus, Nacho & Lalo .

When They See Us

In 1989, a group of black & Hispanic youths wandered from Harlem into Central Park. It just so happened on the same night, a young woman, Trishia Meili was beaten, raped & left for dead in the park. Five young men who were dubbed The Central Park Five were quickly apprehended, charged & convicted. All five of them were innocent. Ava Marie DuVernay’s powerful drama series is at times unwatchable, however it is also unforgettable. By the way, if you haven’t seen DuVernay’s incredible documentary The 13th then get on that too.

This is a show I put off watching. I just didn’t fancy it. This wouldn’t be the first time I was wrong about a television series. Black Mirror, a technological horror programme created by The Guardian journalist Charlie Brooker is a complete mind-fuck, in the best possible way. That’s not to say there aren’t a lot of misses (Black Museum or The Miley Cyrus episode anyone?) but when they get it right, there is nothing else like Black Mirror on television. San Junipero (that Clint Mansell soundtrack – wow), USS Callister & Nosedive are some of our favourites. The best thing is you can watch the episodes in any sequence you like, they are all stand-alone chapters.

America’s most loveable everyman, Paul Rudd stars in this uproarious comedy. Rudd plays an ad exec who after undergoing a mysterious operation awakes to find that a cloned version of himself has taken over his life. Easy to watch & even easier to laugh with.

Despite the deliberately clunky title, Manhunt: Unabomber is one of the most fascinating mini-series currently available on Netflix Hungary.

Between May 1978 & April 24th  1995, Ted Theodore Kaczynski posted 17 mailbombs that wrecked devestation & spread fear amongst the American populace. Manhunt follows the last two years of the FBI investigation as the bureau seeks to apprehend & bring their suspect to justice. We open with bonafide movie star, Sam Worthigton as our hero James Fitzgearld. After solving the Unabomber case Fitz retreats to the wilderness to live a life of solidtude. Don Ackerman (played by Sex & the city, Chris Noth) tracks down, Fitz and asks him to come out of retirement as The Unabomber is refusing to plead guilty. Ted will only speak to the agent who captured him. That just so happens to be Fitz.

We are then transported to 1995 where a reluctant,Fitz comes on board The Unabomber taskforce. Up until this point, the hunt for The Unabomber was the most expensive in FBI history. Kaczynski (Paul Bettany) & Fitz have much in common. They are both loners, disaffected by modern society & unwilling to bow down to anyone. This trope has been played out many times before. The rogue profiler chasing down and catching his prey only due to the fact they are so similar. Unabomber doesn’t exactly give a new take on this formula but the leads star turn more than makes up for it.

Worthington gives a stellar performance as the stubborn, unlikable Fitz but he is blown out of the water by Paul Bettany. His Kaczynski is at times terrifying, vulnerable & intense. It’s a role that could have been squandered in lesser hands.

A great series that did not get the attention it deserved.

Not to be confused with Aziz Ansari, Hasan Minhaj is an American comedian whose show, Patriot Act is a political satire series like no other. Well, maybe like no other, Minhaj was a regular on The Daily Show & Patriot follows a very familiar format. Still, it is a cracking watch. Hilarious & insightful.

In my opinion, Ozark is hardly essential television. Not in the same way, something like Breaking Bad is essential tv. Ozark however is a very, very watchable series. Both Ozark & Breaking Bad follow a very similar path. An everyman becomes entangled in the drug trade. In Ozark, a brilliant financial advisor, Marty Byrde (Jason Bateman) begins to launder money for a Mexican cartel. Byrde moves to the Ozarks with his lady Macbethlike wife, Wendy (Laura Linney) & two children. His goal is to launder 500 million dollars in five years. Mishaps, violence & dark comedy ensue.

The season one trailer is here

Only The Sopranos eclipses, Breaking Bad when it comes to the best shows of all time. In my opinion of course. What’s not up for debate, Breaking Bad is the best series on Netflix. For those who do not know what it is about, Bad follows a high school chemistry teacher, Walter White (Bryan Cranston) who begins to cook crystal meth with his former pupil, Jesse Pinkman (Aaron Paul). Full of memorable episodes & amazing lines “stay out of my territory”, Breaking Bad is a must-watch. 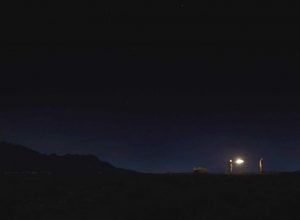