Competitive football returned to Hungary today for the first time since the Covid-19 enforced lockdown brought about a temporary halt to the season on March 14th. Three fixtures, one NBI and both Magyar Kupa semi-final first legs were played out behind closed doors as Hungary slowly moves towards life returning to something resembling normality.

The debate will no doubt rage on over whether or not football should be returning so soon, however, the MLSZ has put in place a stringent testing policy to ensure the health and well being of players and club officials alike, and there is a clear desire to finish both the Kupa and NBI seasons on the pitch.

With public health and safety also a major concern, the MLSZ has sanctioned the return to action behind closed doors, putting the famous Jock Stein phrase “football without the fans is nothing” to the test.

To help combat the eerie, soullessness of a fanless stadia – sadly, not an uncommon ‘sound’ at some NBI venues – Ferencvaros adopted an innovative approach in the day’s first game; piping artificial crowd noises into the ground through the PA system. In addition, Ferencvaros also placed around 3,000 fan cut-outs in the stands to help recreate as real a matchday environment as possible.

On the pitch, Fradi continued their pre-shutdown winning ways – no doubt bringing boundless joy to the cardboard fans watching inside the stadium – recording a 2-1 win over Debrecen, after falling behind to a stunning early strike from Adam Bodi; the Loki player arching a drive from fully 20 yards range into the right corner of Dibusz’s goal leaving the keeper stranded.
Without the roar of the Green Monsters to fire the hosts on, the concession of the early goal raised some doubts as to whether Ferencvaros would be able to bounce back or not. Those doubts were silenced midway through the half as David Siger lashed home from inside the box to the level score.

Three minutes before the interval the same player would strike again, this time thumping a swerving 25-yard effort into the roof of the net leaving Nad in the Debrecen goal flapping at thin air.

With no further goals in the second 45, victory for Fradi saw Sergiy Rebrov’s men extend their lead at the top of the table to 6 points with a further game in hand to play on Wednesday evening against city, and eternal rivals Ujpest.

Both semi-finals are finely poised ahead of Tuesday’s second legs with both of today’s first-leg ties ending in draws.

MOL Fehervar, favourites to lift the trophy, were held to a 1-1 draw away to NBI’s surprise team of the season Mezokovesd-Zsory.

Fehervar struck first through Patkai, stooping to head home a freekick from Houri. With ten minutes remaining the Fehervar defence failed to deal with a simple corner delivery from the right allowing Robert Pillar to steal in and tap home the equalizer ahead of the return game in midweek.

The second semi-final, and more eagerly anticipated, was a Budapest derby between MTK of the NBII, and Honved. Despite being a thoroughly entertaining and pulsating encounter, neither side was able to break the deadlock, leaving the tie balanced at 0-0 ahead of Tuesday evening’s re-match.

Both sides created plenty of openings but were guilty of lacking composure and a killer instinct in front of goal. Young midfield duo Prosser and Palincsar pulled the strings for MTK and will feel that their attacking contributions deserved a better return. However, the best chance of the game, and most glaring miss, fell to George of Honved who blasted straight at MTK keeper Varga when sent through 1-on-1 late on.

On another day, both sides could easily have shared three or four goals between them. As it was, with shooting boots left at home, the score remained blank and the tie poised on a knife-edge.

We hope you enjoyed this article. 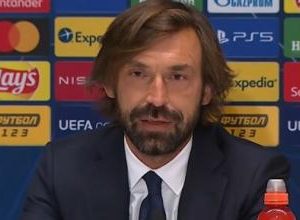