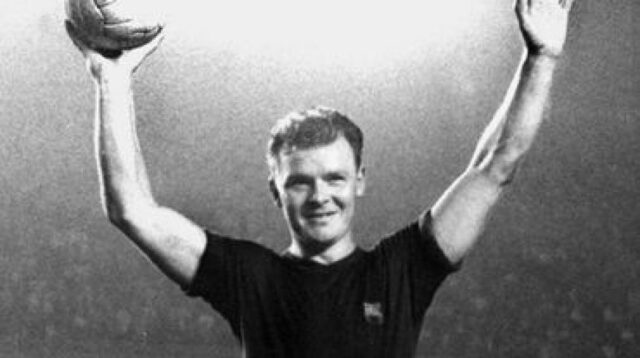 Despite an heroic performance in Turin last time out, Alvaro Morata’s last gasp winner for Juventus brought Ferencvaros Champions League dreams to a shuddering halt.  However, with two group games remaining, hope is not lost that Fradi can continue their European adventures into the new year.

On Wednesday evening, Ferencvaros will look to overcome the first hurdle in their path as they welcome Catalan giants Barcelona to the Puskas Arena. In a cruel twist of fate, the 76,000 seater Puskas Arena, selected by Ferencvaros for this fixture over their own 22,000 capacity Groupama Arena, to allow more fans the opportunity to see Messi and Co in action, will sadly be devoid of fans as a result of the current Covid restrictions in place in Hungary.

Unlike their hosts, Barcelona has already qualified for the knock-out rounds thanks to a perfect four out of four start to the Group stage. With a hectic domestic schedule and rising injury list, coach Ronald Koeman has decided to take the opportunity to leave several star players – including Lionel Messi – behind in Catalonia for the game in Budapest. That is, of course, assuming Barcelona make it to Budapest in time for the game; according to Barcelona’s official social media the Blaugrana were originally heading for the Romanian capital, Bucharest!

While that social media faux pas can be laughed off, Wednesday evening’s fixture will be the first competitive meeting of the two sides in Hungary, and Barcelona’s first visit to Budapest since their 1975 UEFA Cup meeting with Vasas; the Catalans won 1-0 on that occasion, a result Ferencvaros will be keen not to see repeated.

Despite Barcelona’s visits to Hungary being few and far between, the Blaugrana owes a huge debt to Hungarian football for establishing the club as the force it has become today.

Many observers with a passing knowledge of Hungarian football will be aware of the role that legendary forward Ferenc Puskas played in helping Real Madrid – eternal rivals of Barcelona – dominate Spanish and European football in the late 1950s and early 60s.

However, the impact that a trio of Hungarians – Sandor Kocsis, Zoltan Czibor, and Laszlo Kubala – had on Barcelona cannot be underestimated in shaping the club the world now knows as FCB.  That all three had previously played for Ferencvaros earlier in their careers only adds to the occasion ahead of Wednesday’s fixture.

Kocsis and Czibor, both stars of the Hungarian World Cup side of ’54 were encouraged to join Barcelona in 1958 by Kubala who had been at the club since 1951.  Both would play starring roles in the back-to-back La Liga successes of 1958/59 and 59/60 as Barcelona sought to establish themselves both as a football club and the main opposition to Real Madrid, a side favoured by the Franco regime.

But it is Kubala – a man with an incredible personal story – who holds a special place in Barcelona hearts, affectionately known as ‘The Man who Built the Nou Camp’.  Such was Kubala’s prowess that fans began to flock to watch Barcelona in ever greater numbers resulting in the club having to build a new, larger stadium to accommodate Kubala’s admirers.  To this day, the legend of Laszlo Kubala is commemorated with a statue outside the Nou Camp; the stadium that he built.

NO TIME FOR SENTIMENT

While it is nice to reflect on the past, Ferencvaros manager Sergei Rebrov will ensure his players have eyes only for the here and now come kick-off on Wednesday.

A performance similar in style and confidence to that played out in Turin would go a long way to give Ferencvaros hope of springing an unlikely upset against a Barcelona side that will not be at full strength.

Barcelona approach the game with major defensive issues and will be without at least four key defensive players; Pique, Lenglet, Umtiti, and Sergi Roberto all missing through injury.  Talisman Messi will also not travel, leaving Barca without their mercurial leader.

Ferencvaros showed in the opening game in Barcelona that they were able to match their more illustrious opponents for the majority of the first half before Barcelona’s class eventually shone through; however, we can only speculate on what might have been had Tokmac’s early goal been allowed to stand, or Isael not clattered the post at 0-0.

In Tokmac, Mak, and Uzuni, Fradi has the pace and power to cause a potentially fragile and inexperienced Barcelona defence problems.

Should Fradi strike first, and the backline hold firm as they did for the most part against Juventus, then Ferencvaros has a real chance of pulling off a major shock and record a vital win ahead of the group finale in Kiev next week.

Ferencvaros, Barcelona, & The Man Who Built the Nou Camp 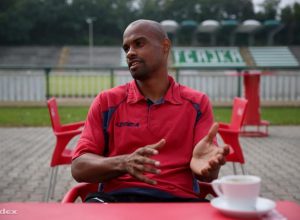 Kevin McCluskie - 6th November 2019
We use cookies to ensure that we give you the best experience on our website. If you continue to use this site we will assume that you are happy with it.Ok